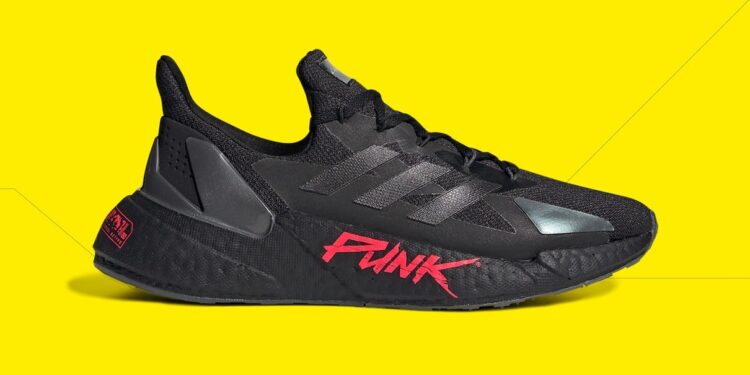 With only a few days left until the official release, the marketing campaign for the Cyberpunk 2077 game is in full swing. Developer CD Projekt has partnered with adidas Originals for the release of the adidas X Cyberpunk 2077 collection. 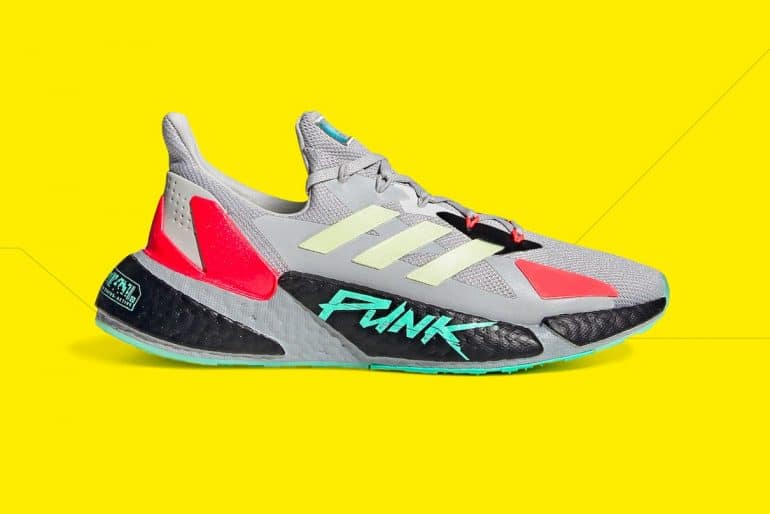 As part of the collection, adidas and CD Projekt has co-branded four pairs of the adidas X9000L4 sneaker.

The X9000L4 silhouette is relatively new. It features a new, high-tech design as a running shoe. The tech provides a fast-paced energy return from the UltraBoost midsole. It also includes additional traction from the outsole tread pattern, which was inspired by computer-generated data.

With the Cyberpunk 2077 X9000L4, it offers a refreshed colourway and pattern with the futuristic themes from the game. It has the word “Cyber” printed on the lateral sides and “Punk” on the inside. The heel includes a barcode, which is prevalent throughout the game’s graphics. It reads: “Neural Connection Status: Active.”

Apart from the triple-black silhouette, the other three colourways feature the Three Stripes in gold. This provides a contrasting touch against the bold colour palette. The upper is crafted in the PrimeKnit material for breathability and a snug fit.

There is a second silhouette to the X9000L4, the futuristic X90004D. The design features a monotone colourway in black and yellow. The PrimeKnit upper has the game’s logo “Cyberpunk” stitched into the lateral sides.

These themes are extended to the laces and heel counter with logos and branding from the game. The inner sides of the sneaker are left without any branding to create a contrasting aesthetic. 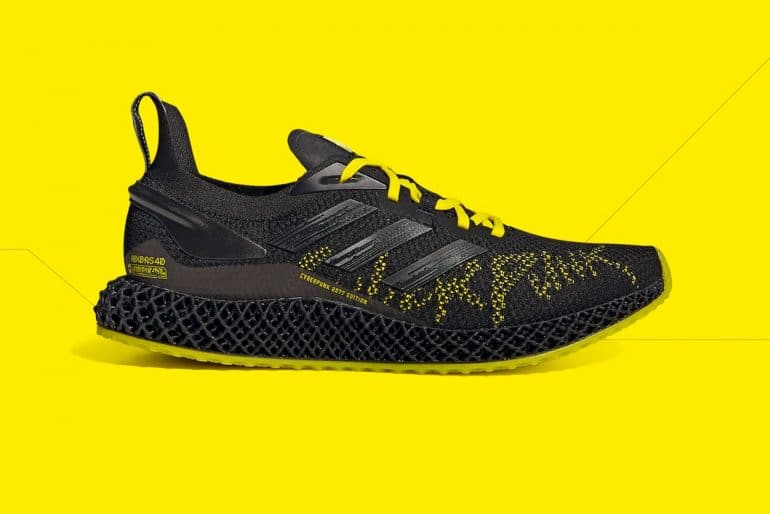 There’s no sign of whether the adidas X Cyberpunk 2077 will receive a global release. However, the sneakers were slated for an Asia-only release, with sales already available on the official adidas site in Singapore. Cyberpunk 2077 is set to release on 10 December 2020.