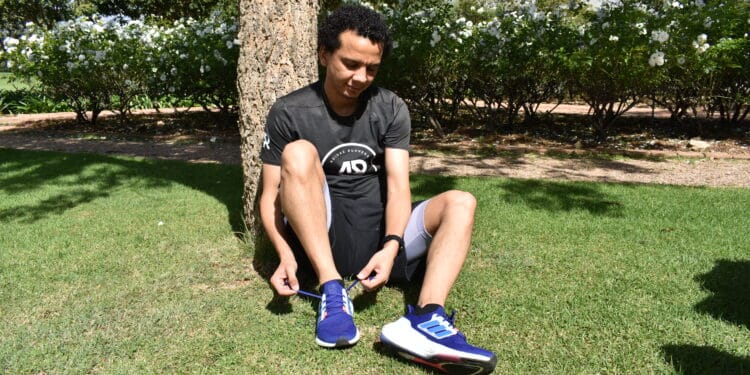 A few years ago, I received my first pair of Ultraboost running shoes. Not only were they great for energy return, but it was also quite comfortable and, as it proved, durable as well. In December, adidas launched its 22nd iteration of the running shoe, with a wider focus on competitive running for all. As part of the tie-in launch event for the adidas Ultraboost 22, the brand invited media and guests to test out the new range of running shoes.

Having received the pair the week before the event, I managed to get some mileage in before the 10km fun run. This would then set the tone for the upcoming review. Unlike with previous reviews for running shoes, however, I decided to go long on this one. Instead of the standard 2 to 3-week period before the review, I wanted to focus on durability and how the tweaks to the Ultraboost design held up over time.

Over the many iterations of the Ultraboost range, there has been quite a myriad of designs. Needless to say, many of these were slight iterations of the past, although there were some significant leaps between a few.

One such major jump was from the Ultraboost 20 to 21. While the previous three or four designs remained largely unchanged, adidas introduced quite a more Ultraboost in the midsole with significant changes to the upper and support systems. Now, with the adidas Ultraboost 22, the design team has made quite a few changes throughout the design, without a complete overhaul this time around.

For starters, if you view the two close up, you’ll notice the pattern change on the Primeknit upper. It may seem insignificant at face value, but it improves the stretchiness of the upper, while also creating a softer approach. You can feel this difference on your foot. There are also a few additional perforations, which allows for better airflow to your foot to keep it cooler while on your run.

Another change on the upper is the narrower cage. There’s not much difference on this aspect, other than a slight design change.

On other areas where you will find performance improvements, they are found on the midsole and outsole. If you bend the two shoes, you’ll find that there is far more flex on the Ultraboost 22. This means that you’re able to bend your foot in stride much easier than before.

While there are a few other changes, they don’t really have an aesthetic difference over the above-mentioned. The same support counter is used, along with the insoles and Ultraboost tech on the midsole. I’ll get into the core changes of these elements from a materials point of view and why they have improved.

The Big Change on the adidas Ultraboost 22

One of the biggest changes in the range of Ultraboost 22 running shoes is the work completed by the all-women team for the female variant. With a database consisting of more than 1.2m foot scans, the team were able to rework key focus areas that differed significantly from the male foot.

From this, the team fine-tuned the shoe to create a better fit and experience for female runners. These changes include a shallower forefoot for better fit and a lower instep area for enhanced control. The LEP torsion system has also been tweaked to get more energy return on each stride while also creating better cushioning. These are also different in the male and female variants.

While I wasn’t able to test this out myself, many women have indicated that they feel a marked difference over the previous generations of Ultraboost shoes.

While the design does play a part in the overall acceptance of change for many people, most of the improvements on the Ultraboost 22 has been internal. From a design aspect, the support counter and insole remain the same. However, coupled with the new underlying changes on the upper and the midsole, they create quite a change.

One major aspect of this is the upgraded Ultraboost tech. The midsole looks fundamentally the same but adidas has indicated that there is a 4% energy return boost over the previous version. You may not be able to see it physically but when putting the shoe on for the first time, in comparison to the older variant, you can feel that extra ‘squishiness’. This makes it more responsive underfoot.

Some changes in the configuration of the shoe come from the offset and the stack. The shoe has a 10mm heel/toe offset. The stack also has a heel measurement at 31 and the toe at 21.

There is also a different material used on the footbed on the inside. This is more in line with the recycled materials in use rather than any major performance gains. Overall, however, the changes of materials do add up – or are reduced. The Ultraboost 22 weighs a few grams less, at 333g, than the 21.

All these changes make for better comfort overall. The fit is much snugger, while also being more stretchable so it doesn’t smother the foot. And with the 4% improvement on the Ultraboost, the rebound also makes it easier underfoot, whether you’re running or simply walking.

Irrespective of anything previously mentioned, the most important aspect of the adidas Ultraboost 22 is how it performs during your run. Whether it be on the street or on the treadmill, there is a certain expectation when it comes to performances of the Ultraboost range. And with the latest iteration, the brand once again confirms that it is always about continuous improvements and pushing boundaries to unlock that next PB.

With all the implemented changes, adidas has struck a better balance between a daily running shoe for performance as well as that of the casual user. It works well on both accounts. When I’ve wanted to go hard on those days with additional energy, I could easily do switch through the gears without any issues. And when I wanted a more casual run, I could do the same. All of this without feeling the strain on my ankles and shins thereafter, which is normally the case on shoes not designed for either activity.

In addition to this, it also holds up well in terms of comfort and performance when you extend those runs from the daily training averages to half marathon distances around 20km. I’ve not yet taken it further than that in one run but from what I’ve experienced, I don’t see any reason why it won’t hold up either.

As mentioned in the introduction, the review period lasted just over two months. Apart from the obvious post-Christmas performance drops, there was no tail off from the Ultraboost 22 over this time.

Having covered some 200km over this period, I exceeded the 10% mark on the suggested lifespan of the shoe. This total is expected to range anywhere from 500km to 1,500km with an average of around 800km. If anything, since the turn of the year, my performances have only improved during this time as my fitness levels started to increase again, so the shoe was able to go along with me on this journey.

adidas has continued its partnership with Continental for its rubber on the outsole. I also paid close attention to this on a daily basis to note any deterioration. As with the rest of the shoe, there is no discernible change. While I’m unable to confirm the rubber is the same as that used on their tyres, if it’s anything to go by, it will have a two to three-year lifespan on the rubber.

So, if you’re serious about your running and do so on a regular basis, it’s safe to say that you can rely on the Ultraboost 22 to go along with you for the duration of its lifecycle and perhaps beyond.

With almost every new iteration, if the shoe doesn’t look completely distinct from its predecessor, there’s a perception that not much was done in the way of improvements. While adidas has only added slight changes in the way of aesthetic design, it’s the inner work, behind the scenes, that makes the Ultraboost 22 a significant improvement over the 21.

From the extra energy return from the upgraded Ulraboost midsole to the stretchiness of the Primeknit material, the team has made plenty of noteworthy changes. All of this adds to a much more balanced approach to the various running styles, which add to your performance gains overall.

The adidas Ultraboost 22 is available on adidas.co.za for R3,599 in male and female variants, offering unique experiences for the different types of feet. There are also a number of colourways to choose from between the two.

The adidas Ultraboost 22 may not look significantly different than the 21 but there are quite a few changes underneath the surface. All of these are brought together to create a more balanced running shoe, whether you’re a professional runner or casual stroller. 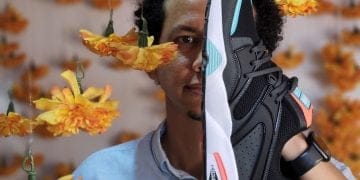