adidas Ultraboost 20 Review – To Infinity and Beyond 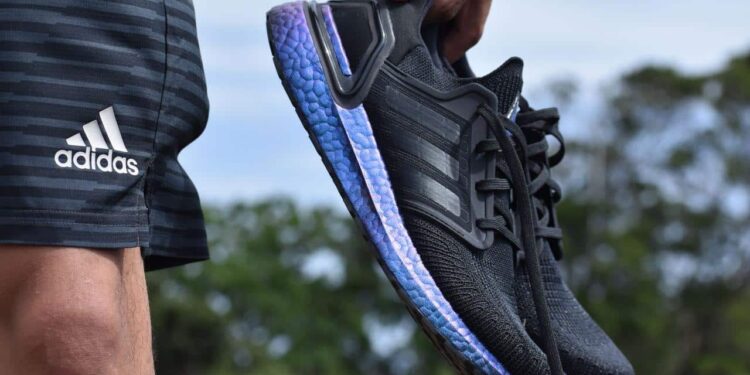 I’ve been a big fan of the adidas Ultraboost since it launched in 2015. Over the years, there’s been a steady design iteration with each new release, introducing updated technologies on the way. In February 2019, however, adidas launched its bold new Ultraboost 19, which was a complete overhaul of the design, as well as the introduction of newer technologies, for a more responsive run with maximum energy return. Having been running with the Ultraboost 19 for the best part of 2019, I had clocked over 2,000km of running. I was happy with the shoe, at times thinking how much more can be improved from an already good one. Then the adidas Performance team launched the Ultraboost 20 to answer my question. 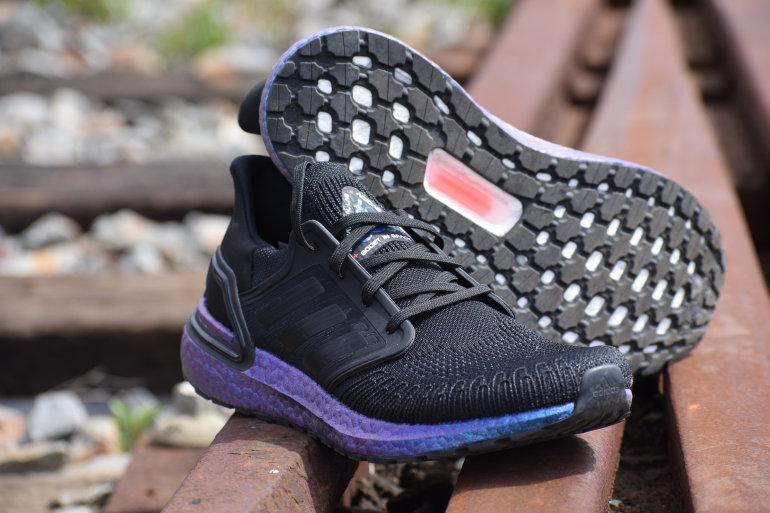 Upon first looking at the Ultraboost 20, you’ll no doubt notice its iridescent finish on the Ultraboost midsole. The EVA plastic foam has received a colour make-over, offering five different colourways, all of which are variants of the core black and dash grey uppers. There are three different midsole colour variants, including the colour-changing midsole – officially labelled as boost blue-violet met – as well as the more minimalistic black and white versions. Other than the colour changes, the midsole is relatively unchanged in terms of the design, as far as what the eye can deduce.

While the rest of the shoe may look relatively the same, my favourite update on the Ultraboost 20 has to be the newly designed upper. It still has a sock-lit fit finished off in the adidas Primeknit textile material, but it just feels quite a lot more snug. adidas has labelled the material as Primeknit+, an update of the previous fibrous materials, along with a newly tailored finish, just makes it feel a lot more comfortable and secure.

Just as with the Ultraboost 19, the design of the shoe is made up of just four distinct parts. This includes the Boost midsole, Torsion Spring, 3D Heel Frame and the, previously mentioned, Primeknit+ upper. The reduction in parts have quite a few benefits and not just in terms of weight reduction. It creates a more rigid design with fewer parts under pressure during your run. While the distinctions are a lot more visible in the previous model, it’s a lot simpler and less prominent on the Ultraboost 20. The choice of colourways also adds to this.

Lastly, there have been a few small tweaks on the midfoot cage. It’s a lot cleaner and simpler than before, while also being more symmetrical. This doesn’t add much in the way of any gains but will improve general thoughts on the design, especially for those who find themselves a little OCD about such details. 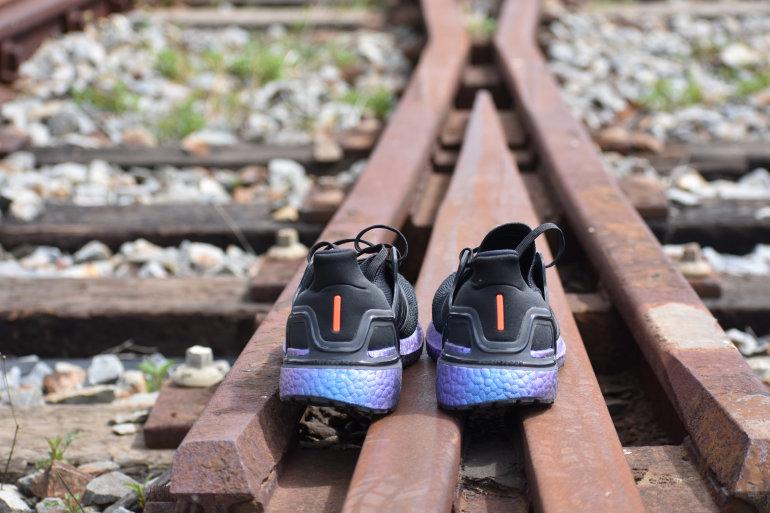 As mentioned above, the Primeknit+ adds quite a bit in the way of comfort, more as a result of it feeling more secure underfoot than an outright increase in comfort. That said, the neoprene padding around the foot is nothing to write off either. I could easily live in a pair of Ultraboost 20s it’s just that comfortable. The padding really supports the ankle area, while also keeping it comfortable, so you’ll feel less strain in that area while on a run. 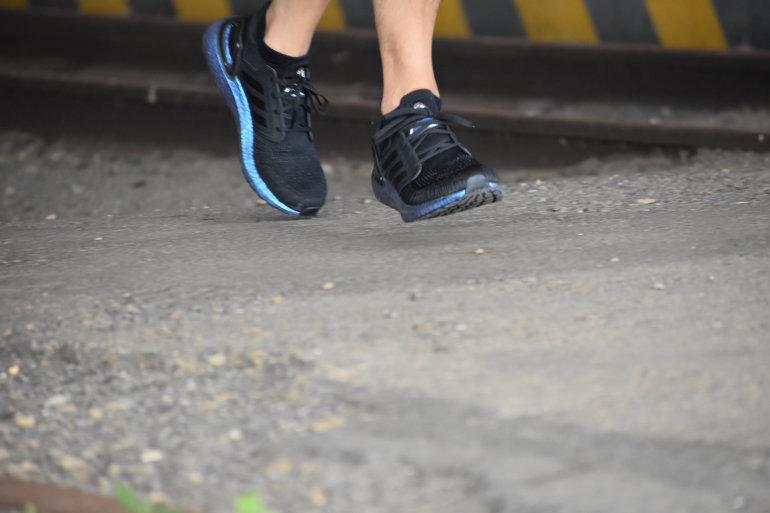 As part of its launch campaign, adidas released a workout programme to train as an astronaut. This was emphasised at the launch event for the Ultraboost 20 with a setup to take guests through a series of different training options to put the shoe to the test and learning what it can do in the process. And this was just the start of my journey with the shoe.

The toe box has also seen an update with new stitching and the likes, which provides more breathability overall. Speaking of the stitching, as mentioned in the design, adidas has introduced new tailored stitching around the toe box. While it may not be a new technology per se, the introduction of the TFP (Tailored Fabric Placement) makes it more stable while moving and also more robust when stretching even under extreme conditions. The area around the toes may not be as stretchy as before, but with it being more secure, it’s a definite improvement.

Having touched on the comfort aspect of the neoprene padding in the previous section, it also doubles up in terms of performance gains, as it was designed to position your foot in a way that it pushes it forward in each stride to give wearers more efficient push-off every time your foot hits the ground.

As with most of the previous iterations of the Ultraboost, the 20 includes the Continental rubber sole for grip over any terrain and any weather condition. Having tested it out both on and off the road, up and down steep inclines as well as in rain, the grip is extremely impressive. While I had the fear in the back of my mind to it slipping, it didn’t let me down. 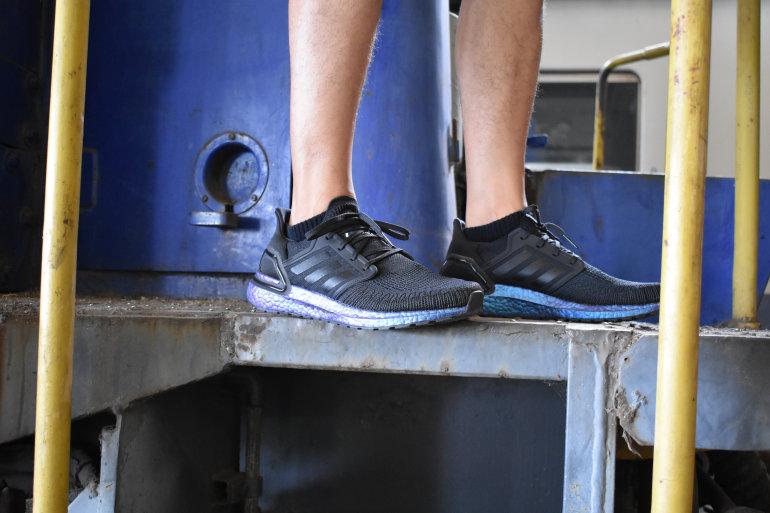 The adidas Ultraboost 20 is a great iteration to the range of Ultraboost silhouettes over the years. It may not have been the overhaul that the 19 was when it was announced, but it’s definitely worth the upgrade. While the launch of the silhouette sees adidas drop their first range to feature its partnership with the International Space Station (ISS) U.S. National Laboratory, but more for its unique colourways than anything new in terms of technological advancements, having only recently kicked off it’s testing in space. For now, we’ll have to be satisfied with just a few additional ISS logos on the silhouette.

There’s a lot to love about the new Ultraboost 20, from its enhancements on the design front and its updated colourways. Even if you already own a pair of the previous Ultraboost releases, it’s definitely still worth the upgrade, especially since it ekes out better overall performance. The shoe is available in stores across South Africa, as well as online at adidas.co.za, and will retail for R2,999.

The adidas Ultraboost 20 is an iterative improvement over the 19. While it may seem different only in its new colourways, there is a lot done to increase overall performance.