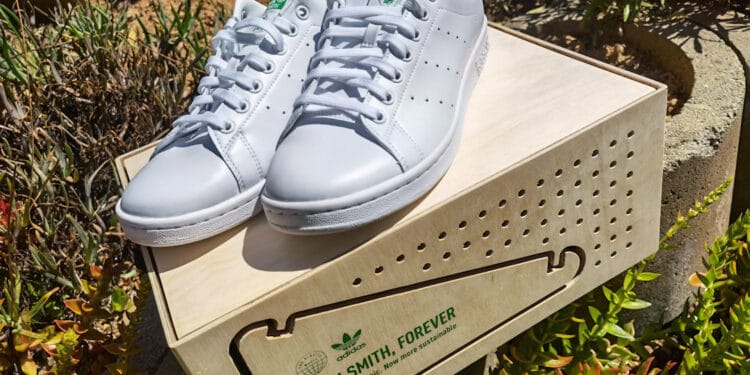 adidas has been one of the leading proponents of sustainable products. The three-striped brand has been on a journey since it partnered with Parley back in 2015, committing to recycling plastic waste in oceans and creating sneakers from those recycled materials. Over the years, adidas has introduced many initiatives on going green, extending projects to zero waste and even sustainable manufacturing processes. Having introduced the adidas Stan Smith, Forever campaign at the start of 2021, the brand has added a new avenue to its list of programmes. 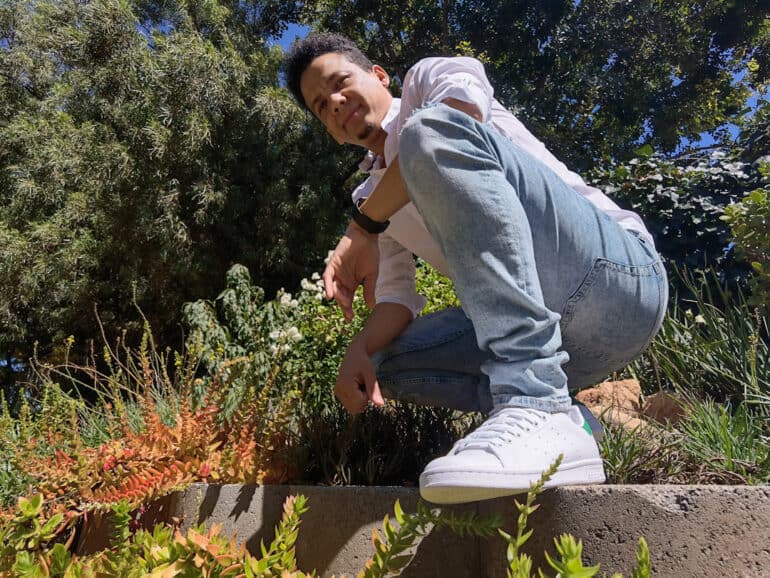 The Stan Smith silhouette has come along way since receiving its debut on the tennis courts in 1965. The shoe gained popularity in the late ’70s and ’80s when it switched to the Stan Smith branding and logos, adding a splash of green.

For the adidas Stan Smith, Forever variant, it keeps its classic look, despite the recycled materials. It features its classic all-over white themes, with the heel tab and logo on the tongue in its iconic, contrasting green palette.

Its classic themes continue with the Trefoil logo on the heel tab, the adidas logo on the lateral side of the midsole and the three stripes on both the lateral and inner sides of the upper.

There are two main variants of the Stan Smith design, one with the “three stripes” and one without. Those with the three stripes are presented in the form of punched holes in the place of actual stripes. There were originally designed as ventilation, but has become an integral part of the design ethos for the sneaker over the years.

The Adidas Stan Smith sneaker is known for its minimalist approach. While the Stan Smith, Forever collection introduced a new range of patterns and themes to the brand, the sneaker in question is built on the original premise, some four decades old. 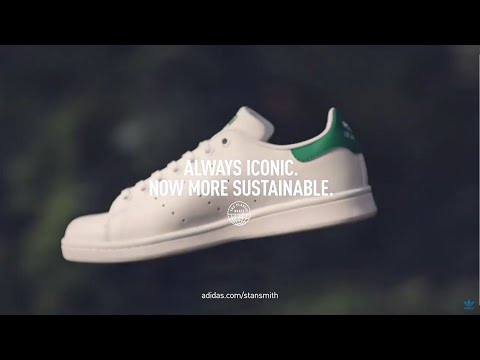 While the design is identical to that of the first Stan Smith sneakers to carry the logo in the 1978, its the construction that has seen a dramatic change over the years and most significantly with the release of the Stan Smith, Forever drop a few months ago.

The range now features up to 90% recycled materials. That’s not something to take lightly. In 2020, adidas announced its Primeblue and Primegreen fabrics, which use 100% recycled polyester. The Primegreen materials used on the Stan Smith contains no virgin plastics, which, in itself, an astonishing feat.

In addition to this, the rubber outsole is also manufactured using recycled materials, which complements the shoe’s overall construction.

The Stan Smith, Forever sneaker does feel harder upon first wear. It takes a good four to five wears before it really starts to soften to make everyday usage easier. Having said that, after this period, it feels and looks like any other Stan Smith sneaker.

It’s hard to spot any changes to the naked eye over the conventional leather, which speaks to the construction of the sneaker using these recycled materials.

This recycled sneaker is an indication of adidas’ move towards its end goal. The brand has aimed to reduce its carbon footprint by 30% by 2030 and to be carbon neutral by 2050. Creating sneakers from recycled materials is one aspect of that step.

The manufacturing process itself is also something the brand is looking at, attempting to reduce waste and carbon-generating by-products during the process, even with its recycled materials. As with most classic sneakers, it takes a couple of wears to have them primed for everyday usage. The upper is a tad on the hard side when its first worn, but softens over time.

The Adidas Stan Smith range has always been known for this, so fans of the range pretty much know what they’re getting themselves into. Even with the newly revamped recycled material construction, it’s very similar to the original silhouettes from the decades-old range.

Another of the aspects to the comfort on the Stan Smith is its insole. Again, this has been something we’ve seen on previous variants as well. It’s not as thick as the insole on the adidas Originals ZX 2K BOOST or even the adidas Originals Home of Classics Supercourt, both of which offer undeniable comfort levels even after hours. The Stan Smith isn’t on this level, but it isn’t too dissimilar overall.

However, the hardness of the midsole does mean that you won’t be able to wear it quite as long without some discomfort. That said, perhaps after a few more weeks I’ll update the review on whether it indeed softened over time to settle into a more comfortable wear. 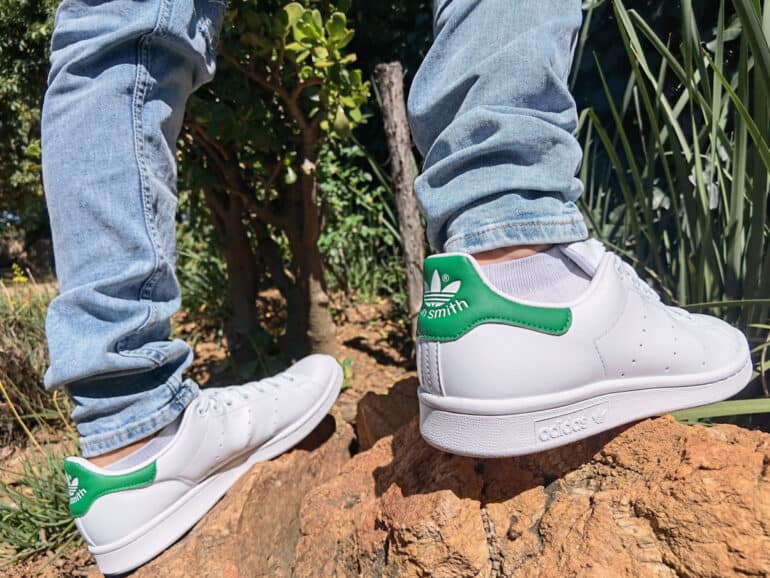 It’s clear that adidas Originals has made sure of its quality of its products prior to release. adidas announced the technology a few years back, only to release it in 2020 and took a year to get to the point where it switched to the 100% recycled Primegreen material.

There’s not a lot of additional detailing to discuss on the sneaker. The Stan Smith is largely untouched, with most of the detailing left to the stitching. All of this is done with the same level of quality as you’d expect. There aren’t any out of place stitches, logos and the likes to write home about. It’s minimalistic, both in design and the execution thereof.

In terms of the performance, it gets the job done well. I’ve already spoken about the comfort, what it does well and where there are some shortcomings. It’s not a sneaker you’re going to be going for hikes or runs with, so for everyday wear it’s comfortable enough.

When I first received the adidas Originals Stan Smith, Forever package, I was taken aback by the heftiness of it. I thought that there was no way the sneaker or its box could be this heavy as a result of the recycled materials used. Upon unboxing, I was pleased to see that the box was housed within a box made of reclaimed wood.

What’s cool about the box is that it has a few cutouts included on the sides and bottom of it, along with a tool in which to make the cut. You can then use these offcuts to craft a laptop stand. It’s a simple stand, but it works great while also making the most of the box itself.

This speaks to the whole recycled theme for the sneaker, as you use and reuse many of the elements within.

As with all the Stan Smith sneakers before it, the adidas Originals Stan Smith, Forever is a minimalist sneaker. It appears simple on the surface, with a basic design and construction. But that’s doesn’t paint the whole story in this instance, with a lof of planning and work behind the scenes to contract a silhouette that’s made of 90% recycled materials, with its Primegreen upper made of 100% recycled polyester.

It takes a bit of wear before it reaches a state of reasonable comfort, but it gets there. This is similar to the leather and rubber versions of the past. It speaks a lot to the fact that there’s very little in the way to distinguish between an older version of the sneaker and the recycled one. And this is the whole idea behind Stan Smith, Forever.

The adidas Originals Stan Smith, Forever is a huge step for the brand towards its carbon neutral targets. With almost no major distinctions between the previous variants and the new recycled sneakers, there are a lot of positives.