Your friendly neighbourhood sneakers are here!

byEvan Saunders
in Sneakers
Tags: AdidasMiles MoralesSonySpider-ManSpider-Man: Into The Spider-Verse 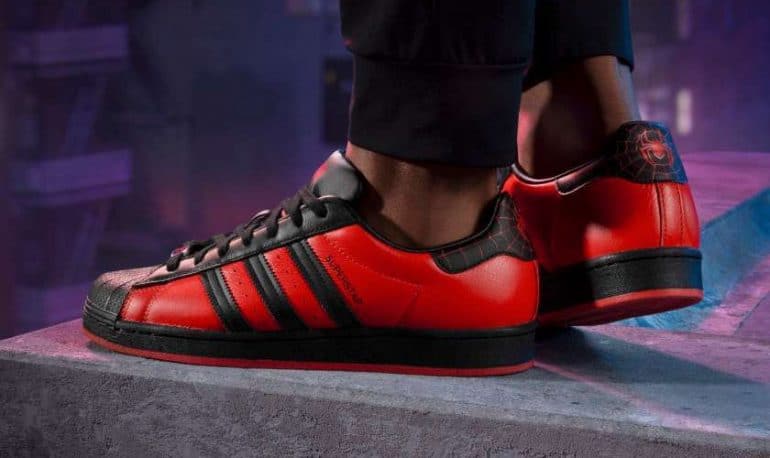 With the success of the Spider-Verse film, as well as the sold-out Jordan 1 sneakers, many fans assumed it would be a feature in the new game. That’s not the case. It would seem that Miles Morales traded his Nike deal for adidas – maybe cashing in on a bigger payday.

Jokes aside, the adidas team has launched the Marvel’s Spider-Man: Miles Morales Superstar sneaker. The launch ties in with the game, a collaboration between Marvel, PlayStation and Insomniac.

The sneakers are based on the classic adidas Originals Superstar silhouette (which celebrates its 50th anniversary in 2020), one of the brand’s most iconic sneakers to date.

Miles Morales’ Superstar sneakers were inspired by the in-game Spidey suit. It features a black and red design across the upper and midsole. In addition, it also includes some elements from the Web-slinger. This includes spider-web graphics on the heel, as well as PlayStation tags on the laces to bring the story to life.

The sneakers are available in adult and kid sizes, making it more available to fans young and old. 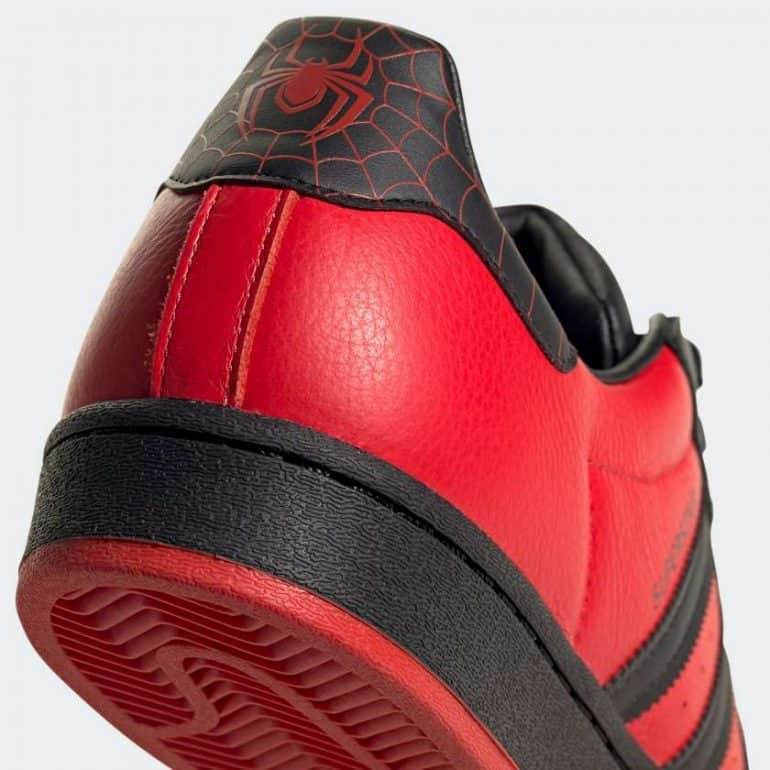 Fans took to social media to convey displeasure with the switch from Nike to adidas. Be that as it may, it can’t be changed now. The Superstar is what the teams have decided upon for Miles Morales’ character. Only time will tell if the switch remains permanent for the Spider-Verse 2, which is currently set to release on 22 October 2022.

The Marvel’s Spider-Man: Miles Morales Superstar sneakers are available from today on adidas.com. They carry a fairly reasonable $90 price tag. While is has dropped State side, there’s no sign on whether they’re set for release in South Africa.