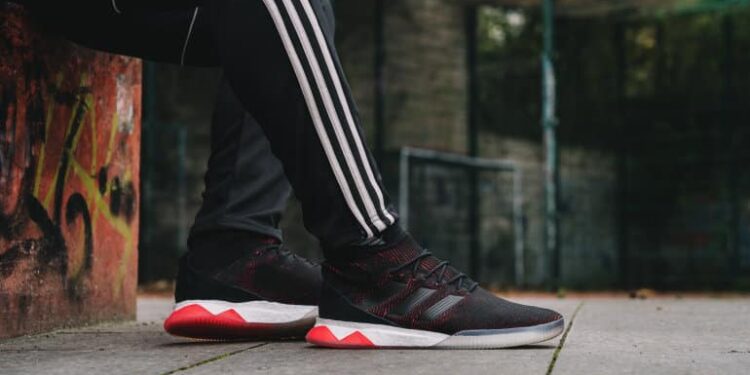 One of the most iconic football boots in the business, the adidas Predator, was relaunched this past week in the form of the Predator 18+, with all new tooling and innovation. In addition to taking your game up a level on the field, adidas Football has also launched the Cage and Street versions of the boot. This follows a successful launch of the new retro adidas home kits ahead of the 2018 FIFA World Cup Russia. 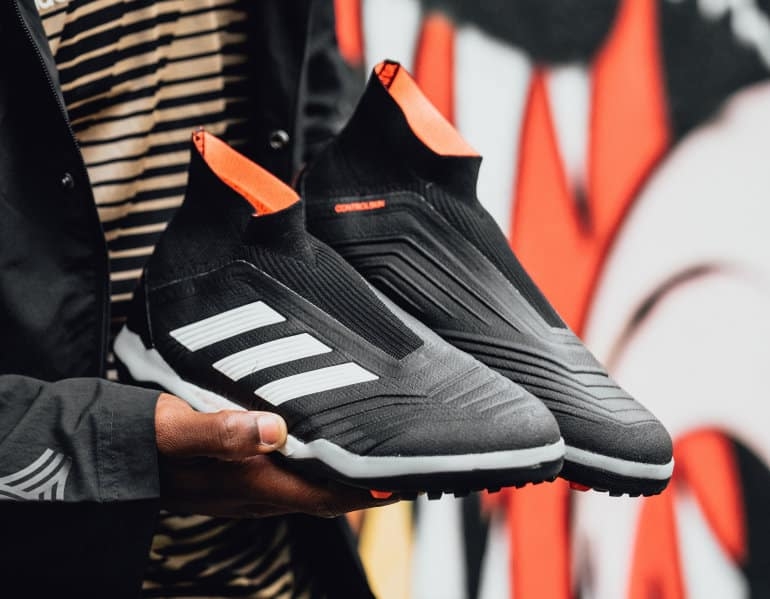 The new set forms part of the Skystalker pack, which features alongside the, previously released, X and Nemeziz silos. The caged sneaker features the same upper from the boot – a black, red and gold colourway, which includes an updated Primeknit SockFit collar, engineered to naturally expand to the shape of your foot while still ensuring a supportive and comfortable fit. The upper also features an additional layer of ControlSkin for optimal grip in any condition alongside an Anatomical Upper that mimics the heel’s shape to provide ultimate lockdown. The upper also features the PureCut Laceless system to ensure maximum surface control, with the Forged Knit integrated midfoot support structure creates medial and lateral stability on and off the field. The shoe also includes a full-length Boost midsole and traction studs. 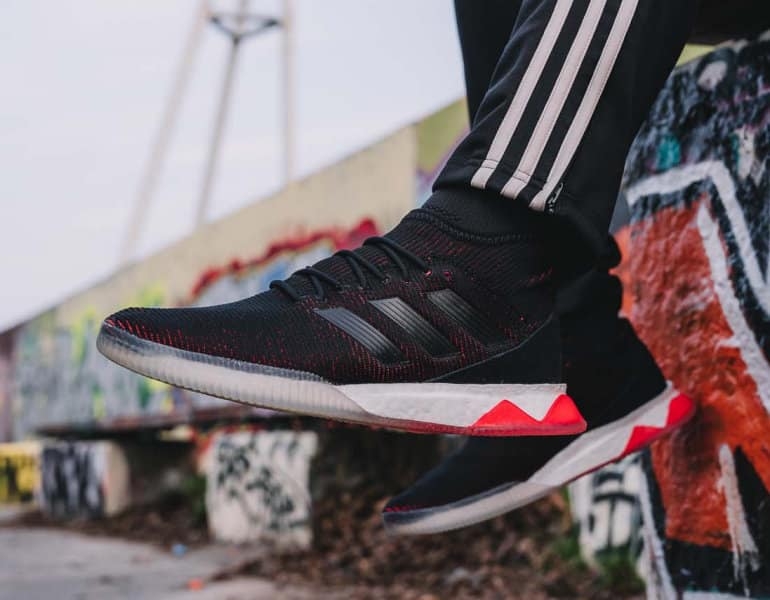 Taking it to the streets, the team has created a lifestyle variant, featuring a knitted upper along with the iconic collar shape of the cleat, along with a full-length Boost tooling in the sole.

The new Predator 18+ pack will be available from today, 29 November 2017, on adidas online football store, as well as various other adidas stockists and football specialists across the country.