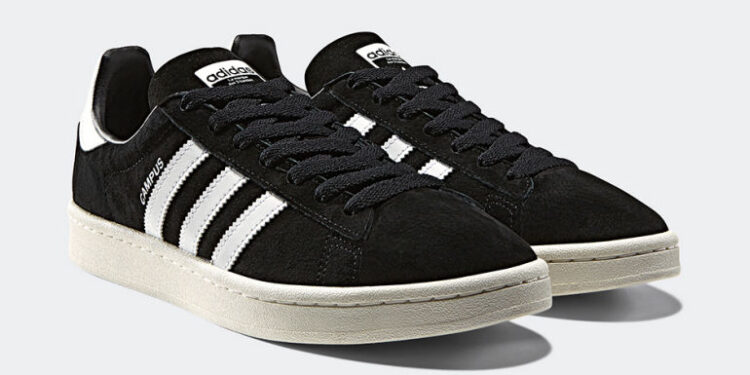 adidas Originals takes us back to the 1980s by bringing back the iconic adidas Campus.

Originality is a constant and it’s not a journey with distance of thinking. It’s not a calculated or curated process, instead, it’s off the cuff. The adidas Campus has always been a genuine participant to many different cultures across the globe, all the while maintaining street-level respect throughout the years, having started on the basketball court in the 1980s. Campus was released then as an all round shoe built for sport, later exploding onto the hip hop scene in classic suede, which still forms part of everyday fashion today. The sneaker also has a remarkable history in the form of a bootleg version in the Russian Army. The original Campus has been trimmed and tweaked, blending elements from the adidas archive to create the ultimate redesigned silhouette. The sneaker offers a gritty, on edge and ever-present appeal, as a mark of raw authenticity by those who live life uncurated.

In addition to the drop of the reimagined Campus sneaker, adidas has also launched three key product stories in the coming months, June, July and August, presenting the AREA3 CPT ’17. This creation space was designed to engage youth of South Africa to engage with the brand, and inspire young creatives and ignite their passion to create. Assisting these young creatives are creative directors, stylist Gabrielle Kannemeyer and photographer Imraan Christian. Their aim is to assist the conceptualisation of content ideas, styling and shoot production, while also being in a position to mentor these youngsters during the three-month period.

During this period, adidas Originals will also be presenting a series Talks and Workshops every Friday hosted by many different, credible creatives, who’ll discuss what they do on a day to day basis, how they got into their creative discipline, along answering questions from guests. The workshops will also take the form of a more hands-on approach while imparting knowledge, skills and techniques from each of the creatives. For more information on registering, check out the blog on www.area3.co.za or email raees@area3.co.za.