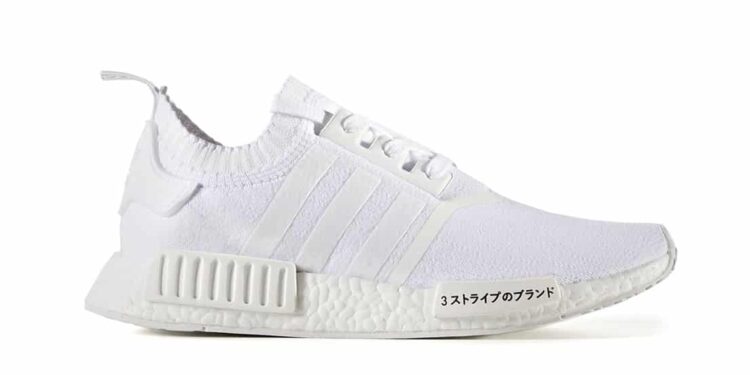 Since the launch of the adidas Originals NMD in December 2015, the company has launched several iterations of the original design, now a highly desirable classic street-focused sneaker. The sneaker almost single-handedly revolutionised the street scene for adidas, and was the first sneaker to feature the, now synonymous, Boost technology. Back in June, adidas Originals dropped their NMD Japan Pack with two colourways – Triple Black and Triple White. While both look stunning in their own right, the adidas NMD_R1 Triple White sneaker stands out. 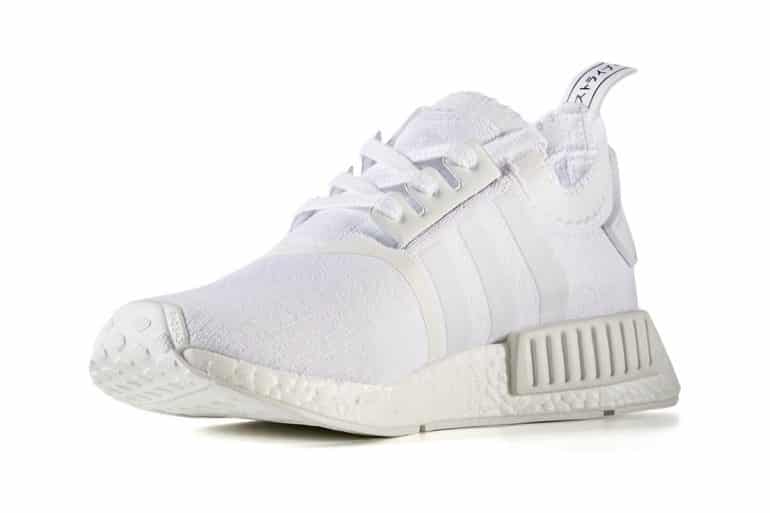 Before I get into the finer details about the adidas NMD_R1 sneaker, take another minute to reflect on how brilliantly clean the design is for the Triple White. Sneakers were meant to turn heads and this does that on all levels.

The adidas NMD_R1 Triple Whites feature a Primeknit upper with tonal detailing on the three stripes branding and side panels, heel, laces, ankle, micro-engineered Boost midsole, rubber outsole and EVA plugs. The sneaker continues adidas Originals’ drive towards bridging the gap between high-end streetwear and being an everyday trainer. While the all-white colourway makes for some truly spectacular viewing, especially in direct sunlight, the colour scheme is only enhanced by the solitary black Japanese text on the NMD’s signature EVA plug on the front of the sneaker. The trademark three stripes come in the form of off-white fuse overlays, which are visible up close, but not so much at a distance. While it may simply read as “The Brand with the 3 Stripes”, the Japanese font makes for a whole lot more intrigue. Given the amount of Japanese symbol tattoos and the likes, there’s no doubting the power it has to strike up curiosity among onlookers. And there were loads. 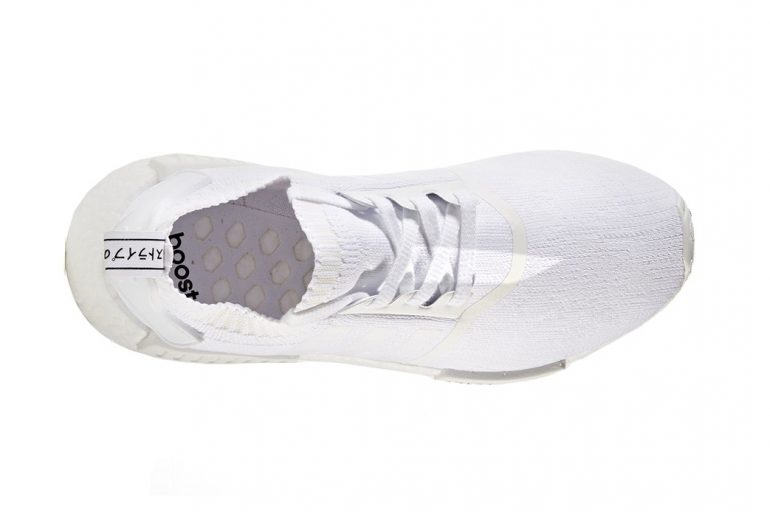 During the last two weeks I spent reviewing these adidas NMD_R1 sneakers, there were two main outings to which I wore them. Having worn it the first time to a venue I assumed was safe enough from excessive dirt, I ended up walking through a walkway of dry grass, which may also look inconspicuous. After just two steps I realised I was in over my head, as the dry grass kicked up an insane amount of underlying dust, which then landed on the sides of both feet. Needless to say, I had to spend some time having them cleaned immediately upon getting home, which thankfully washes out easily thanks to the Primeknit material and Boost rubber. The second outing was a lot safer, as I made a note to walk only on solid surfaces. I did, however, end up at a mall later the same day, which gained quite a significant number of stares from passes by but also increased my anxiety 10-fold worrying that someone would step on them and inflict a stain. The struggle is real with the Triple White, and, hence, I’ve taken to limited usage of them, for short periods of time, and special occasions. We all want to make an entrance after all.

I made a note that care and maintenance on the adidas Originals NMD_R2 PK was of crucial importance due to the textile upper and white rubberised, Boost midsole. Well, you can increase that for the Triple White. The first thing I did when unboxing the sneakers was to spray shoe protector on the upper to repel against small amounts of dust build up. As my example illustrates above, you can’t avoid all dirt, so It’s still important to plan where and when you’ll wear these sneakers if you wish to keep them in pristine condition. While it may be sad to simply stick these in a box in my cupboard, or on display, I would much prefer strutting around in the all-white shoes, showing them off to the world. 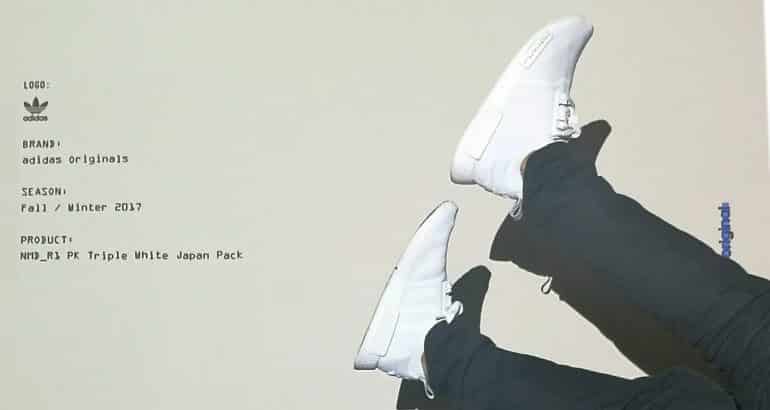 adidas has been bolting on their Boost technology onto many a sneaker since it was first revealed two years ago. Since then, it’s become synonymous with comfort and it’s almost a given that you should expect the highest levels thereof. The Triple White lives up to this expectation. The white upper on white midsole blends well in terms of looks, but the Boost doubles up as a function too. While I may have taken the NMD_R2 PK out for a run to fully test the comfort levels, I was not prepared to do the same this time around. That said, given the comfort levels on the previous test, I’m happy to conclude that it’s not much different here. The Primeknit upper is slightly looser overall, you still don’t really need the shoelaces. In fact, it doesn’t look out of place at all if they’re removed, which wasn’t the case for the R2s.

The sneaker doesn’t include an insole, similar to most other Boost sneakers. The rubber inside has a honeycomb shape to allow for better breathing while active. After a long day’s usage, I noticed that on both the R1 and R2 variants the sneaker is very breathable. In addition, after removing the shoe from my foot, the shoes still had no discernible odour to speak of other than rubber, even if the same couldn’t be said for my actual sock. 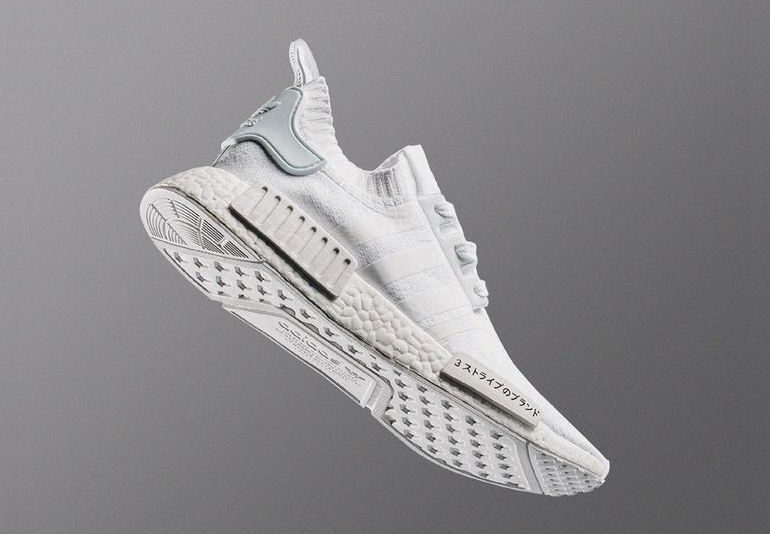 The adidas Originals NMD_R1 Triple White Japan Pack is pretty much like many other R1 sneakers at its core. That said, there’s a lot to stand out on the unit thanks to the updated colourways and signage. The sneakers are lightweight and comfortable. While it may be a little stressful to set foot outside or walk among people in close spaces, it looks good whether you muster the courage to take it. The sneakers are available for R2,799.00 at Shelflife, adidas.co.za, and Superbalist. 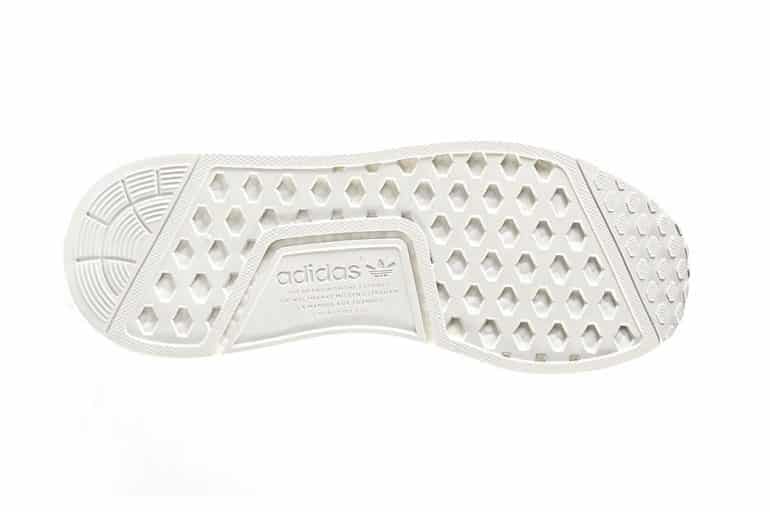