After the successful launch of the Yeezy Boost 350 V2 in 2016, adidas launched a new colourway earlier this year. Ahead of the upcoming holiday season, adidas and Kanye West have again announced the upcoming colourway drops for the remainder of 2017 in South Africa. 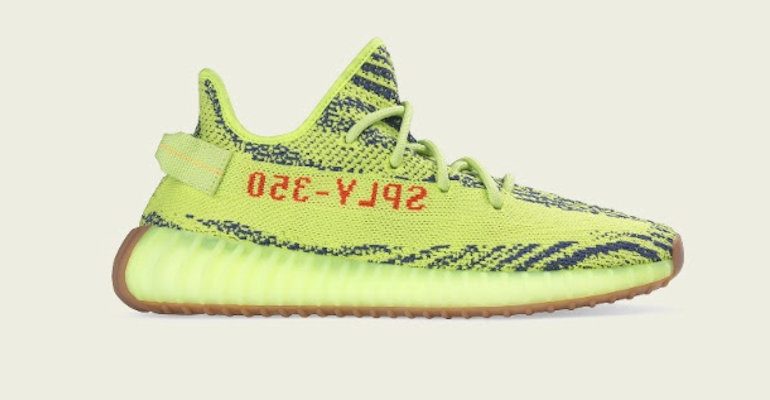 The first of the silhouettes dropped from the range is the Semi Frozen Yellow / Grey Steel / Red, which is already as of yesterday, 18 November 2017. The updated Yeezy Boost 350 V2 features a yellow and black upper made from adidas’ Primeknit materials and design, with subtle contrasting off black streak across the outer part of the upper. The sneaker also features the ‘SPLY-350’ mark as on all other 350s, distinct centre stitching, and heel tab. The design is rounded off with a semi-translucent rubber outsole and TPU sidewalls to create a striking effect while also providing superior traction. The sneaker’s midsole utilises adidas’ innovative Boost™ technology to create a durable, shock-resistant, responsive sole.

This will be followed by the Yeezy Boost 350 V2 in Grey / Bold Orange / Solid Grey, which will be available on 25 November.

All releases of the Yeezy Boost 350 V2 will be made available on adidas.com/YEEZY as well as shelflife.co.za and Shelflife Johnannesburg and Cape Town stores with a retail price of R3,499.