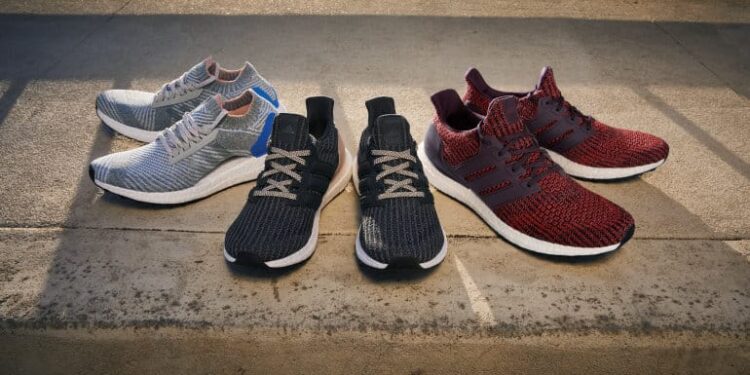 The new range of performance footwear was designed to push the boundaries of running technology in order to provide the ultimate running experience for wearers. The newly revamped silhouettes feature a mix of old and new, featuring some of adidas’ most advanced technologies. The launch of the new performance shoes features a campaign designed to celebrate the raw, unfiltered emotions and energy of a runner’s journey. As for the shoes, the design approach for the UltraBoost was inspired by the best of the previous UltraBoost models, featuring ventilation holes, key sweat zones (on the cage and forefoot), while combing with the newly developed PrimeKnit composition. The silhouettes also feature a high-tech Fit Counter, which is integrated within the heel to enable free movement of the Achilles tendon whilst complementing the built-in Boost midsole. Drawing on inspiration from the UltraBoost Uncaged and adizero Sub2 silhouettes, the UltraBoost X features the cage and support features moved to the inside to give the shoe a much sleeker aesthetic for women. The shoe fuses this aesthetic with modern, female-specific design features, including the Adaptive Arch, which permits the PrimeKnit Upper to mould to any foot whilst moving in sync with the wearer’s running style. The UltraBOOST X promises the wearer style and function. The integration of a purposely sculpted Boost midsole compliments the Adaptive Arch design, to provide enhanced support and cushioning. A 3D Sculpted Heel Counter is also added to allow the Achilles tendon to flow vertically whilst keeping horizontal movements on lockdown.