Activision has announced the date for the first Call of Duty: Black Ops 4 Blackout mode beta.

JJ Abrams Is the Bravest Director in Hollywood

The Call of Duty 4: Black Ops 4 Blackout mode beta will kick off on the 10th of September 2018. Blackout mode is basically Black Ops 4‘s battle royale mode, you know, similar to PUBG and Fortnite. Since the mode’s announcement, many have wondered just what will set the game’s mode apart from other battle royale games currently on the market. We were only shown a brief glimpse of the mode during the latest trailer so how the mode will function is still a bit of a mystery. What Activision did reveal was that the beta will allow players to play the mode Solos, Duos or Quads.

The beta will only be for PlayStation 4 owners and in order to get access, you’ll need to pre-order a copy of the game.  Activision hasn’t announced when Xbox One and PC players will get an opportunity to try out the new mode but chances are that it will be a few weeks after the PlayStation 4 exclusive beta.

See What Monstrosities Await You In Strange Brigade

Gris Is A Strikingly Beautiful Platformer 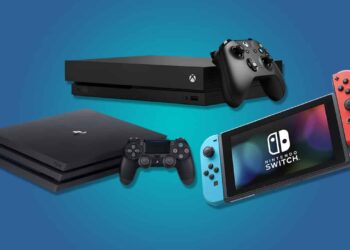