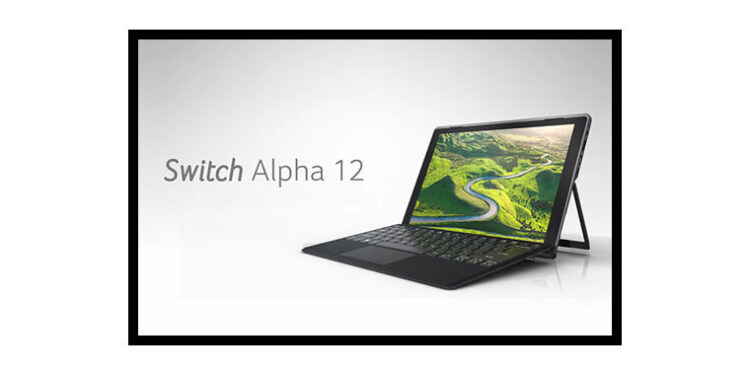 Unlike gaming laptops where there’s a host specifications and configurations to choose from for your personal taste, the standard, working-class laptop has a much tougher job in selling you some of those features to stand out from the crowd. Acer’s Switch Alpha 12 attempts to do so by means of ultra-thin design, kickstand, detachable keyboard, a hi-res display, and an impressive liquid-cooled system.

Most laptops tend to offer such features as mere gimmicks in order to sell more laptops, something not entirely foreign to Acer. That said, the unboxing of the Alpha 12 was quite impressive from the onset, even before unleashing any of the said features. So can Acer’s 2-in-1 laptop do enough to take on the heavyweights in this category, more specifically against the likes of Microsoft’s Surface? 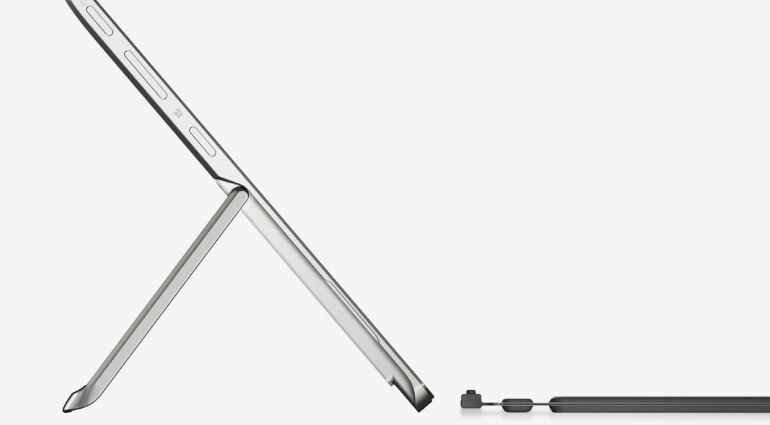 As already mentioned, there are a few noticeable traits about the Switch Alpha 12 that make the unit stand out. Firstly, it has a really slim design, measuring just 15mm. The detachable keyboard cover is also quite thin, and doesn’t add much more to the overall weight or thickness of the Alpha 12. The unit weighs in at 1.25KG, which is reasonable on its own, but not when compared to the lighter Lenovo Ideapad Miix 700 and HP Spectre x2. Without the keyboard, the Alpha 12 weighs 908g. None of these, however, compared to Microsoft’s Surface Pro 4, which measures in at 8.45 thickness and a weight of 786g without the keyboard.

There are a number of ports on the unit, which include a USB 3.0 port, USB Type-C port, power jack, microSD card slot, Bluetooth 4.0, Wi-Fi, and an auxiliary mic/headphone combo jack. When compared to the other laptops in this category, the Alpha 12 fairs reasonably better in this regard.

The Alpha 12 features a 12″, IPS, QHD, touchscreen with a 2160x1440px resolution. The screen is quite bright and fairs well in many different environments. The colours, on the other hand, are slightly warm, but can be adjusted if need be. Irrespective of the fact, the vividness of the screen is quite something. The resolution also adds to the overall experience, providing quality imagery with its 2K display. In a few online benchmarks, the Alpha 12 outperforms most of its competitors in colour reproduction and brightness, a huge plus for Acer.

While the screen and display are quite brilliant, I wasn’t so taken by the rather large bezel surrounding the display. While I do understand that there are many components built into the tiny frame of the Alpha 12, it is worth noting that the other manufacturers have done a slightly better job with this, along with a smaller and lighter build.

There’s not a lot that can be said about the detachable keyboard. It gets the job done, but only just. What I liked most about the setup are its backlit keys. While this may seem trivial, there are still quite a few units where this isn’t a feature, and despite being an obvious choice to have, are often left out as a matter of expense. The keyboard keys themselves are soft to touch, making it less tactile than I would’ve preferred. Still, they’re a lot better than the majority of keyboards for devices of this size. The keys are well-spaced, making it easier to type without too many mistakes or hitting two buttons at once.

I’m not a big fan of touchpads on the best of days, but the Alpha 12 has a reasonably good unit, apart, that is, from the left and right-click buttons. Scrolling around is smooth and easy to use, being able to pick up gestures basic with ease. There are a few more glitches when it comes to using two fingers to scroll, which happens more often than I’d like. The buttons are integrated as one into the touchpad, which is not the best choice for such small real estate, unless you get the pairing pretty spot on. I found it hard to click and drag items in Windows, which is one of the main reasons I always use my spare wireless mouse to bypass any such hassles.

On the side of the Alpha 12 you’ll notice a loop, which is meant to house Acer’s Active Stylus, an optional extra for $50. Unfortunately for us, the stylus was not included as part of review. It is very annoying, then, that the stylus doesn’t come standard with the purchase of the Alpha 12. Doing some research, and judging by the feedback, the stylus closely resembles an ordinary pen, making it easy to use, especially given its 256 levels of pressure sensitivity to detect how hard each of your strokes are.

One thing we can be sure comment on is the performance and battery life of the Switch Alpha 12. There are a whopping 16 different variants of configurations for the unit, which ranges from i3 to i7, 4GB and 8GB RAM, and 128-512GB SSD. Irrespective of the build, the unit is easily capable of performing when needed. As far as gaming goes, however, I wouldn’t suggest much of it, unless you’re playing the very basics, such as Minecraft or Solitaire.

The battery performance is quite good as well, being able to last easily to 8 hours of continuous use. Compared to other leaders in this category, the Alpha 12 lacks the staying power that sees them ease to between 11 and 12 hours. Still, 8 hours is more than sufficient for the standard workday, even if you’re away from the charging point.

What really helps the performance and battery life is Acer‘s water-cooled system. The Switch Alpha 12 is the first unit in the 2-in-1 category to feature water cooling, and has no vents or fans to speak of. There are other units that don’t have vents or fans, but they often tend to use less powerful CPUs, such as Intel’s low-power Core M range, which don’t generate as much heat or processing power. I tested the unit’s cooling capabilities by running a number of programmes, multitasking quite a lot. The cooling system is quite useful for the most part, but does give a bit away compared to conventional systems. The heat isn’t unbearable or uncomfortable at all, even when using the device on your lap, and has the added bonus of running silent compared to its competitors. 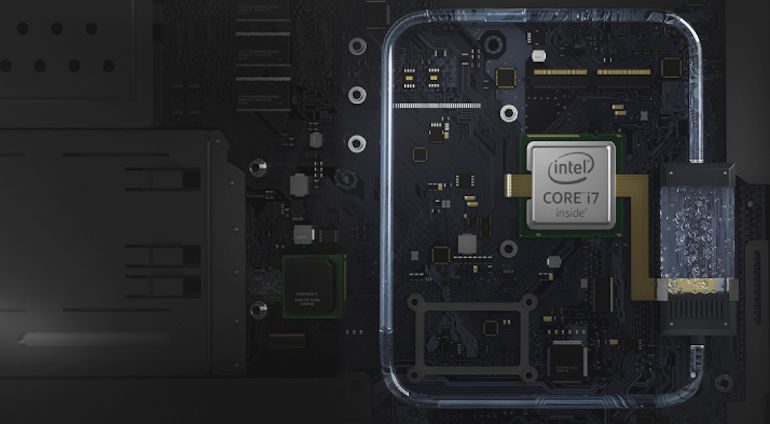 The Acer Switch Alpha 12 has a lot going for it, in the form of good looks, build, performance, battery life, and even non-conventional cooling, making a premium unit. The screen and display outperform many of its competitors and is a joy to use. The unit is also somewhat future proof with the addition of the Type-C port.

That said, there are a few hiccups experienced along the way (weight, touchpad), and a few exclusions (notably the stylus), which make the decision to fork out an RRP of R14,999 quite an interesting process. It is, however, R3000 cheaper than the base model Microsoft Surface Pro 4, which reaches close to R50,000 for the top of the line model. This makes the Alpha 12 a lot more appealing, as it is, in fact, well priced within its category.