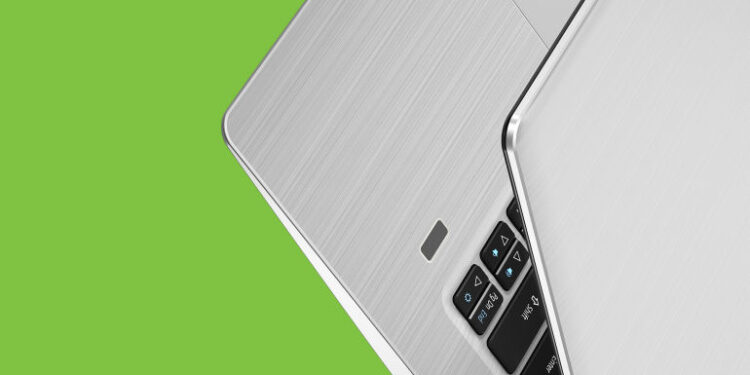 Acer has released numerous laptops over the years and in the last year or two the company launched a few Swift and Predator units. The laptop market has grown across the industry year-on-year and Acer has launched the second-generation Swift laptops only a few weeks ago, which features the Swift 3. When the 2016 version of the Swift 3 launched, a lot of praise was made for the use of aluminium on the chassis: the lid, base, keyboard and even speaker grills were all cased in the lightweight metal. All of that is back on the 2017 iteration. In terms of the build and design of the previous model, there wasn’t very much you could fault about it. Acer has not changed much and only sought to improve the design with the addition of a few ports to bring it up to par with modern laptops. The aluminium, however, is only skin deep, with the base frame being built around plastic. There is an advantage in that it allows the unit to be a bit more lightweight, although it won’t give you the same solid feel as you would on an all-aluminium MacBook.

The Swift 3, surprisingly, falls into the Ultrabook category, although I would place it as more of a budget Ultrabook than anything else. It’s thicker than your average Ultrabook with dimensions of 338x234x18mm (although this sometimes varies slightly between the different models), compared to the average 10-12mm on the higher-end units. The additional width on the unit does provide more room for the spacing of keys on the keyboard, although it’s not large enough to include a numeric keypad. The biggest improvement to the 2017 model comes in the forms of its ports, which includes a full-sized HDMI, a single USB Type-C, two USB 3.0 ports and headphone jack on the left-hand side, and another USB 2.0 on the right, coupled with an SD card reader on the right. If there are a few negatives in terms of the build it would be the chamfered edges around the keyboard and touchpad, which can feel a touch on the sharper side, a bit worrying if you’re not the only one going to be using the device and others are not accustomed to it. It won’t be causing major damage, but could be a bit of a scare if you’re not aware of it.

The Swift 3 is all about the small details, perfecting what made the 2016 variant so good. One such detail is the single rubber piece that runs across the inside of the lid to keep the screen from lying flush against the keyboard to prevent scratches. The rubber can be seen on numerous other laptops, but they’re typically seen in the form of rubber pieces rather than a continuous piece, making it look just a bit sleeker in the end. The device features a 14″ screen with a 1080p resolution on an IPS LCD panel, which seems reasonable enough to start with. Acer has switched from a more matte panel on last year’s model to a shinier, glossy finish this time around, which has provided unfavourable results. With the aim to make it look more appealing, the result is a production of a lot more glare. If you’re going to go with a glossier finish for better looks, you have to make sure of the after effects. In addition to the glossy screen, there’s also some backlight bleeding around the edges, mostly emitting from left centre of the screen.

The colour palette isn’t bad with accurate reproduction, although the screen is down on brightness and contrast. For the most part, users won’t be put off by the screen, although if you’re one for the finer details, or require higher levels for your creative processes, you may take some issue. It’s not hard to see the direction Acer wanted to take with the Swift 3’s screen in 2017, but it has, unfortunately, taken away too much of what made the 2016 unit’s screen a good one. Scrolling through the store page for Acer’s Swift 3, there’s crazy number of variations to choose from, 21 in total. Most of these are simple configuration differences, but still quite a wide variety for potential buyers to choose from, a nice-to-have by any means. These variations include different CPUs (Core i3, i5, i7), storage mediums (varying sizes of HDD and SSD), 4GB and 8GB RAM options, and also a few different colours on the more superficial side of things.

The version I received for review included the Intel Core I7 7500 CPU with Intel® HD Graphics 520 onboard graphics and 8GB RAM. Interestingly, this version included two SSD drives, one Kingston 128GB and the other a Micron 500GB. The former has the better specs in terms of outright read and write speeds, but they’re both NAND Flash SSD. The only question remains, then, is which drive to install your software or games, with the more intensive should be installed on the Kingston and the rest on the larger-sized Micron. Speaking of games, the unit includes an NVidia GPU, although it isn’t clear which model. After numerous checks online, the Acer spec sheet, and even the system and NVidia settings, I was unable to source the exact model fitted. When it comes to graphics performances, though, it’s not going to be setting the world alight, instead allowing you the most basic of game settings. Still, that’s a nice plus, as the onboard Intel graphics won’t cut it in that regard.

Battery life is decent. With its 4-cell, 3220mAh Lithium Ion battery, users can expect a maximum battery life of between 9 and 10 hours, although some more computationally expensive applications it averages around the 7 to 8-hour mark. Unlike many other Ultrabooks of 2017, the Swift 3 isn’t inclusive of some brand partnership with some audio manufacturer. At this price point, you’re not going to find many that do. The down-firing speakers are fitted to the underside of the laptop and deliver reasonable results. There’s no distortion at higher volumes, and none of the, often-times, tinny sounds either. You won’t find any of the deep bass on this set of speakers, and won’t fill a large room either. It’s not great overall, but does a good job on the end.

Fitted above the screen is a 720p resolution camera, which shoots at 30fps. This has become a standard across many laptops, even the high-end devices, so it’s just more of the same here. If you’re looking for a good laptop, the Acer Swift 3 fits the bill. Even with the poor showing from the screen and display department, there’s enough from all other departments to make up for that. With the addition of two SSDs, and even the NVidia card for basic gaming, the unit ekes out small increments of performance from almost every angle. And that’s what make the Swift 3 a really good buy.