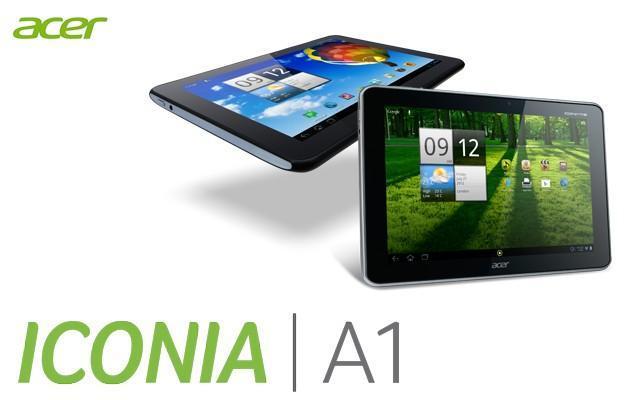 Acer doesn’t have the greatest line-up when it comes to mobile devices, with little or nothing known about smartphones for the Liquid series, such as the Liquid Glow, Liquid E2, Liquid Z2, and at least another 20 or more. The company does, however, feature a few well-known tablets of old, the Iconia Tab A500, Iconia Tab A100, Iconia Tab A700, to name but a few. Acer has now released its new generation of tablets, starting with the Iconia A1-810. 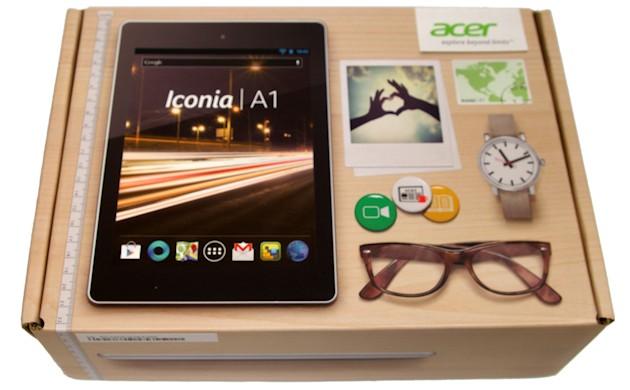 Upon first glance, there no doubting why many would compare the Iconia A1 to the iPad Mini, as they both have 7.9” screen with a 4:3 aspect ratio. Similarly to the iPad Mini, the Acer Iconia A1-810 is marketed as a budget tablet with a recommended retail price ranging from R3499 for the 8GB version, and R3999 for the 16GB. If you’re looking for a more comprehensive comparison, there is none, as this is about all the two devices have in common.

In terms of its appearance, the Iconia A1 is noticeably heavier and thicker than many other tablets on the market, which puts it at a disadvantage for tech enthusiasts. Despite this, the device still manages to feel hollow making things even trickier to sell on looks alone. One of its advertised selling points is that you can hold the tablet in one hand. Although this is true, not comfortably so, one still requires both hands for proper use. The tablet houses the power button on the top, which makes it less likely to annoyingly hit while in portrait mode, but exactly where the palm of your right hand would be in landscape mode. That been said, I’ve never accidently hit the power button in any form of grip I’ve held. Other inclusions on the exterior are the volume rocker on the top of the right panel, which is slight above the SD-card slot and mic, with the micro-HDMI port towards the bottom. The micro-USB and 3.5mm audio jack are found on the right side on the bottom of the unit, while the remainder of the side panels are left blank. At the back the device accommodates a 5MP camera and its solitary speaker on the bottom-right corner, while the secondary camera is located in front in the centre. 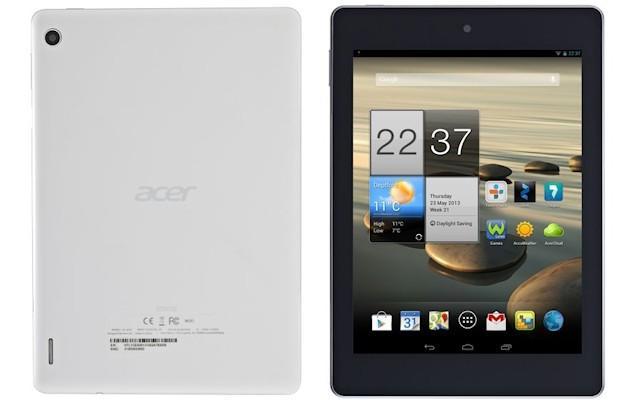 The Iconia A1 runs a version of Android that’s as close to the original build of Jelly Bean 4.2.2 without actually being the original. One notable addition to the OS is Acer’s Touch WakeApp mechanism, which allows the user to create any two shortcuts to apps that are then activated from standby when placing five fingers on the screen, or tapping two thumbs, respectively. In theory, the idea is good, but on occasion the screen fails to pick up any of the above gestures, which then, contradictorily, wastes more time by having to manually unlock. There also to notification drop-downs on the top; one which actually has the notifications, while the other is a separate quick-drawer for toggles and other information. With the assistance of battery optimisation the device has a standby time of over two weeks, which has proven itself useful, as it comfortably lasted more than a week with normal use, which included some time with a few games.

While the Iconia A1 is clearly a budget tablet, its hardware isn’t the worst available. The tablet sports a MediaTek MT8125 chipset running a 1.2GHz Quad-Core ARM Cortex-A7 CPU, PowerVR SGX544 GPU and 1GB RAM. As mentioned previously, the device comes in 8GB and 16GB variants, and also includes Bluetooth 4.0, microSD and HDMI support, and 5MP rear camera (no flash) and 0.3 front facing camera, while only available with Wi-Fi at release, with plans to introduce 3G later this year.

Performance-wise, it’s Jelly Bean OS makes general use smooth and responsive, while there tends to be only a slight drop in performance when running certain games. Daily activity such as attending to mails, browsing the web, taking photos and the likes are generally without any lag. The image quality of the camera is above average all things considered, with poor autofocus meaning you’re not able to simply aim and shoot. The camera does have good colour saturation even in low light, although it suffers from some graining. It’s safe to say that one should avoid the front camera at all costs. The sound quality from the single speaker is both hollow with it never reaching very high volumes, and is often easily blocked when in use. The A1 is able to play videos at 1080p (even on its 1024×768 resolution) without a drop in framerate, but the 4:3 aspect ratio does mean that some distortion takes place. 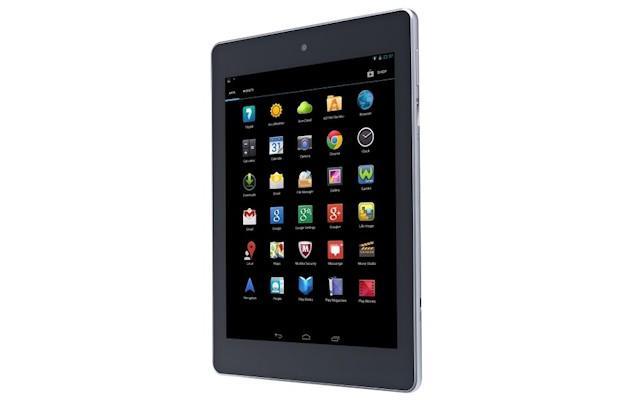 The Acer Iconia A1 performs all functions it’s required without too many hiccups or user frustration, which is a lot to be said about a tablet aimed at those on a budget. While it can’t exactly be compared to an iPad Mini, its true competitor is the Nexus 7 (and its recent update). Having said that, the tablet still holds its own in performance, while offering SD-card and HDMI capabilities, and only suffering in terms of its screen and build quality in comparison. Although one of the device highlights was its 4:3 aspect ratio, there isn’t any real benefit, where, in fact, it essentially becomes more of disadvantage when viewing videos. With its better-than-average battery life, and low price, the Acer Iconia A1-810 is a steal for those on a budget.