The Accountant will appease many comic book fans who anxiously wait to see Ben Affleck behind the cowl as Batman again. It’s a first-rate thriller filled with bone-breaking action sequences, jigsaw puzzles, and many unexpected revelations. Think Jason Bourne – except swap out Matt Damon for an autistic Affleck.

Despite not being based on a comic book, it actually has all the ingredients and beats of a superhero film. Accountancy doesn’t usually lend itself to heroism, but in The Accountant we get to see a much darker side of the world of numbers. Those assuming to find a quiet moving story about a lonely CPA who befriends a mousy bookkeeper should think again. The Accountant is full of surprises.

Autistic maths prodigy and genius Christian Wolff is also a money launderer for some of the world’s most dangerous people. When he isn’t checking numbers, he also a master behind the gun and hand-to-hand combat. When he uncovers a large sum of money missing from the books of a robotics company, all sorts of baddies come out of the woodwork to kill him and those involved. Of course, The Accountant puts his skills to use and soon we have a showdown of mass proportions. 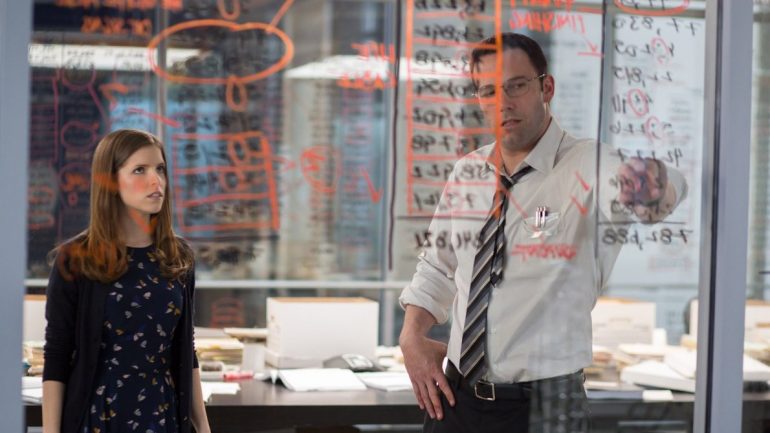 As I mentioned before, comic book fans will watch with glee as Affleck (who could easily be in character as Bruce Wayne here) goes about taking care of business. It’s made up of the stuff we loved about the original Bourne films.

There are those who have criticized the film for having too many plot lines that don’t quite add up – but I beg to differ. A lot of it makes perfect sense and, like Batman v Superman, the film’s flaws are being exaggerated. It’s a fun and entertaining flick that doesn’t require math geniuses picking away at its plot. Nothing is too far-fetched and the shocking reveals are exactly that – shocking.

If you’re looking for a 120-minute escape, this is arguably one of the best ways to do so. Whatsmore, The Accountant offers a rollercoaster of emotions. You’ll laugh. You’ll get teary. You’ll cheer. You’ll be on the edge of your seat. What more could you want from an action thriller?