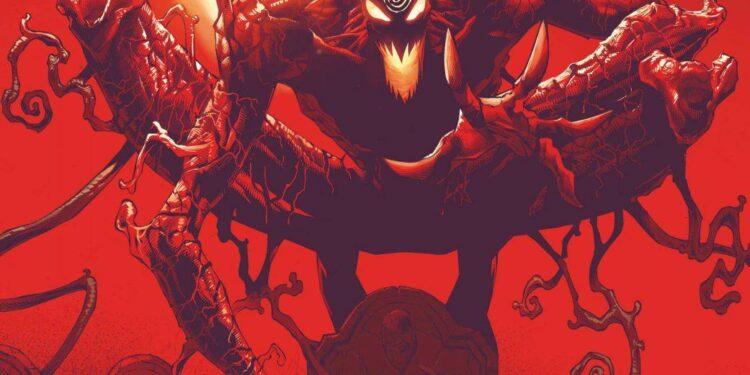 Most Venom and Spider-Man fanboys remember Maximum Carnage from the ’90s. Not only was it an unforgettable comic book storyline that established Carnage as a legitimate threat, but it was also turned into one of the best superhero video games ever made. (Also, lest we forget, the Green Jellÿ soundtrack is everything.) It wasn’t the last time that Spidey, Venom and Carnage did battle in the comics, though, and there have been numerous symbiote sagas since then. Taking nothing away from these events—some of which have been spectacular—there hasn’t been anything that’s piqued the interest quite like Maximum Carnage… Until now.

Writer Donny Cates and illustrator Ryan Stegman have been drumming up the excitement for the newest symbiote event titled Absolute Carnage. At one point, they proclaimed it’ll beat the sales record held by 1991’s X-Men #1 by Chris Claremont and Jim Lee. If you’ve read Cates and Stegman’s Venom run, you’d understand that it’s a bold statement but a possibility with what they’ve created. For the first time in a long time, Venom is as cool as he was in the ’90s. There’s a refreshed vigour to the character and his world that’ll bring back the old fans while satisfying newer readers.

But would Absolute Carnage deliver on its promises to be the symbiote event of the decade? So far, all the tie-ins and promos have been on point, but the proof would be in the pudding, with the release of issue #1 today.

Well, Cates, Stegman and the rest of the team (JP Mayer, Frank Martin and Clayton Cowles) have dropped one of the hottest issues in, well, ever. Absolute Carnage #1 channels the Maximum Carnage attitude from the ’90s, as it teams up Spidey and Venom to put a stop to the murderous Carnage who wants to take down everyone who has ever worn a symbiote. The stakes are high and the Sinister Symbiote is more powerful than he’s ever been. This 60-page story is packed with page-turning action, suspense and the necessary banter between the Web-Head and Venom. There’s a genuine sense of fear that Carnage is too strong and will succeed in awakening Knull, the god of symbiotes. The question is, what happens after?

From the gorgeous action spreads to the effective use of bloody colours to signify the imminent danger, Absolute Carnage #1 is a visceral issue that’ll tickle all your senses (including your Peter Tingle). Without delving into spoiler territory, there’s a scene at the Ravencroft Institute for the Criminally Insane that could’ve been straight out of a horror film as you can’t help but think “oh, #$@&! They’re so #$%#%@ now!” And the absolute worst part is we’re left on a cliffhanger, wondering why the hell we need to wait so long for the next issue.

Look, ’90s comics often get laughed at for numerous reasons, but there were many positives to take from the era. Storylines such as Maximum Carnage inspired a generation to embrace comics (when it wasn’t the “in” thing at the time) and showcased how it is possible to boost characters into the public consciousness. Hopefully, Absolute Carnage will succeed in doing the same this time around.