A Tour Of Torchwood 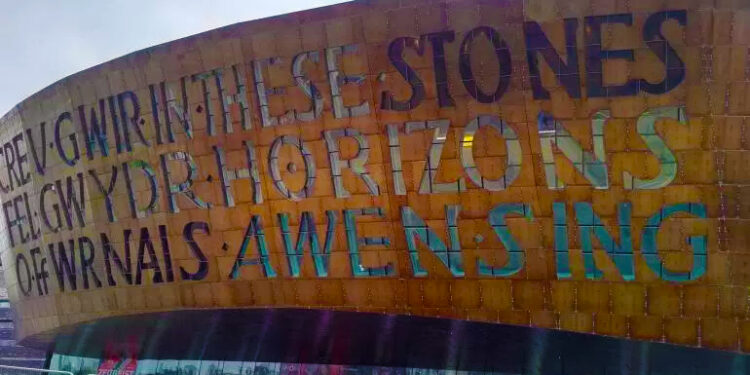 There is a rift in Cardiff, Wales. A week ago it hosted Juventus and Real Madrid in the UEFA Champions League final, but it isn’t the rift between the two rival football team fans that Fortress was interested in. Instead, it was a rift in space-time, one made famous back in the first series of Doctor Who’s return. First brought to fans’ attention in the episode The Unquiet Dead, it wasn’t until the episode Boom Town that it really came to prominence, both in powering up the TARDIS and nearly destroying the Earth.

It was only logical that Torchwood – an organisation designed to contain paranormal and extraterrestrial threats – would build a base there, deep underground and away from public view. Torchwood, an adult-rated show starring Arrow’s John Barrowman as team leader Captain Jack Harkness, ran for four seasons and pushed the boundaries of the Whoniverse in directions nobody had ever dreamed of.

Sadly, when Fortress visited the primary above-ground location of Torchwood Three, it was shut down for construction. Torchwood Tower – a 70-foot high waterfall pouring down a metallic fountain wall – stood there glistening, still an imposing sight but without the cascading water. Looming ominously over the oval basin of the area is the Wales Millennium Centre, a truly iconic building nicknamed The Armadillo by some. In giant letters on its side the inscription “In These Stones Horizons Sing”.

A short walk away from the Roald Dahl Plass you can see various other locations seen often in Doctor Who and Torchwood and they’re all real. The red brick Pierhead Building, from Last of the Time Lords; the Bosphorus restaurant, where The Doctor shared a meal with companions Rose Tyler, Captain Jack and Mickey Smith; the Pizza Express branch whose delivery to Torchwood Three was our first entry into their Hub base… and then the Ianto Jones Shrine.

The back door to Torchwood’s Hub base, located along the waterfront of Mermaid Quay, fans knew it as always being manned by the “resident tea boy” Ianto Jones, played by Gareth David-Lloyd. Over the course of several seasons, fans came to learn that there was far more to Ianto than met the eye. The character’s death in the show was heartbreaking for many, and that’s when the Shrine was created there by fans. The outpouring of messages left, bizarrely, for a fictional character was so great that before long the management of Mermaid Quay endorsed it and recently it was visited once again by actors Barrowman and David-Lloyd.

It’s now been seven years since the Shrine first started, and even now heartfelt messages for this groundbreaking character are being left. Messages of love for Ianto from all over the world, coffee mugs, photos, cartoon, flowers, fan fiction and even (rather weirdly) a pair of underwear are attached to the wall fencing. Now, a tie from Team Fortress all the way in South Africa has joined them and flutters proudly in the wind. Walking back through Roald Dahl Plass it begins to rain. Standing where the TARDIS once parked next to Torchwood Tower it’s a surreal experience, especially as the rain starts to hit the silver sides of the waterfall and pour down. The construction going on in the background makes it resemble the state of Torchwood after it was blown up in the third season. The ground vibrates slightly, and whether it’s the work going on or the Rift energy itself humming with power, the giant letters on the wall nearby are right.

In these stones, the horizon itself seems to be singing… and the song is beautiful. 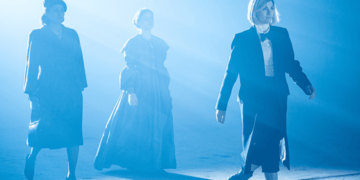 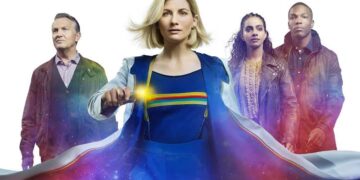