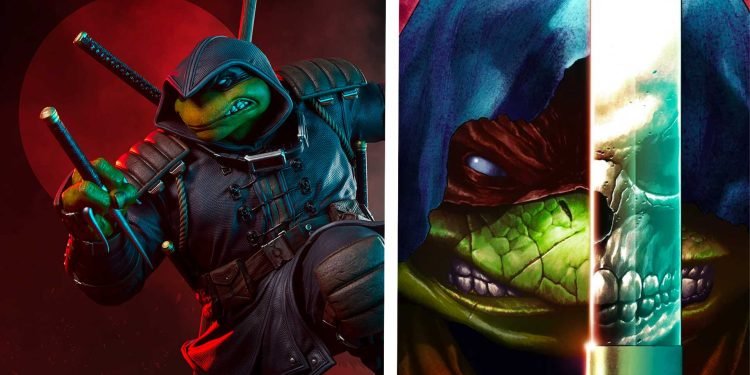 If you aren’t reading the TMNT: The Last Ronin miniseries, can you even call yourself a fan of comics? It’s The Dark Knight Returns of the Ninja Turtles—the proverbial last chapter in the story. Of course, it’s set in the future, so do not fear that the Heroes in a Half Shell will be calling it a day anytime soon. Nonetheless, TMNT: The Last Ronin is a sprawling, heart-filled epic that deserves the movie treatment—either in full animation or as a live-action-animated hybrid.

TMNT: The Last Ronin is a story that was 33 years in the making, as it was first discussed by Kevin Eastman and Peter Laird when the Teenage Mutant Ninja Turtles started to hit the peak in their popularity in the late ’80s. Set in the future, Michelangelo is the last surviving Turtle. The loss of his family has hit the fun-loving Mikey hard and it’s clear that his heart is broken beyond repair. Even so, as the last ronin, he knows that he needs to avenge his brothers and Master Splinter as he takes on the Shredder’s grandson. On his journey for vengeance, though, he discovers that he isn’t alone as some old (and new) friends come to his aid.

Why a TMNT: The Last Ronin movie is a good idea

What do Old Man Logan, The Dark Knight Returns, and TMNT: The Last Ronin have in common? They’re all stories about the end of the road and a hero’s last stand. While it might be depressing to consider them as finales, they also bring with them some closure to the fans.

James Mangold’s Logan proved that film which isn’t trying to set up another 40 allows for a special emotional depth and connection. It’s all about living in the moment and understanding that the hero might not make it out alive by the end of the film. For the most part, cinematic universes have removed this connection between the audience and characters since it’s all about the tomorrow and the day after. A TMNT: The Last Ronin movie enables us to feel Mikey’s pain and sympathise with what he’s gone through, having lost a family that was everything to him. Everyone knows the end of the story won’t be pretty, but like with any good samurai film, it lets the protagonist go out on their terms.

Why it’ll be a better concept than other TMNT movies

The issue that most Teenage Mutant Ninja Turtles films have had since the original trilogy is filmmakers don’t know where to pull influence from anymore. The original TMNT comics were much darker, while the animated series have differed in tone and appealed to different generations throughout the years. While many people have suggested a retro-styled film that captures the spirit of the 1987 animated series’ universe, there are others that believe it’s important to ahead with the approach of Rise of the Teenage Mutant Ninja Turtles or even the 2012 TV show rather than stay stuck in the past.

Undoubtedly, the plan is to kick-start a new line of movies, so it’s a risk that filmmakers and studios would need to consider carefully. A once-off movie like TMNT: The Last Ronin, however, would cut through this debate. Sure, it’d be a much darker film in tone, but doesn’t the franchise that started out as a tribute to Frank Miller’s Daredevil deserve at least one film that matches its original intention? A true-to-source material adaptation of the TMNT miniseries holds the power to be something interesting and different in the endless production line of generic superhero films.

Heart. Action. Sadness. Hope. TMNT: The Last Ronin has all the hallmarks of a movie that make for a riveting tale. A story doesn’t always need a post-credits scene or sequel bait to be special. Sometimes, it deserves an ending.

Tell us, do you think a TMNT: The Last Ronin movie is a good idea? Let us know your thoughts in the comments section down below. 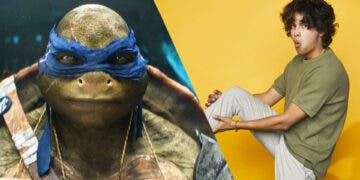