A Special Look At Disney’s Dumbo Disney has dropped a new trailer for the studio’s live-action version of the classic animated film, Dumbo. The latest sneak peek trailer reveals a more playful and upbeat side to the film. It features new footage mixed in with some shots from previous teasers. “Ladies and Gentleman, welcome to the Medici Family Circus, where anything is possible and miracles happen.”

Brought to life by the imagination of legendary director Tim Burton, Dumbo will be created on-screen through the magic of CG technology. The movie features a star-studded cast that includes Colin Farrell, Eva Green, Danny DeVito, Michael Keaton, Finley Hobbins and Nico Parker.

The reimagined story will follow Holt Farrier, a former circus star who finds work with a struggling circus after returning home from the war. Circus owner Max Medici hires him to take care of Dumbo, a newborn elephant whose oversized ears make him the laughing stock of the circus troupe. But when Holt’s children discover that Dumbo can fly, entrepreneur V.A. Vandevere and aerial artist Colette Marchant swoop in to make the little elephant a “star” in his larger-than-life entertainment venture called Dreamland. But it isn’t long before the situation takes an ugly turn and Holt realizes that beneath its shiny exterior, Dreamland is full of dark secrets.

Join in the adventures of everyone’s favourite baby elephant in theatres on March 29, 2019. 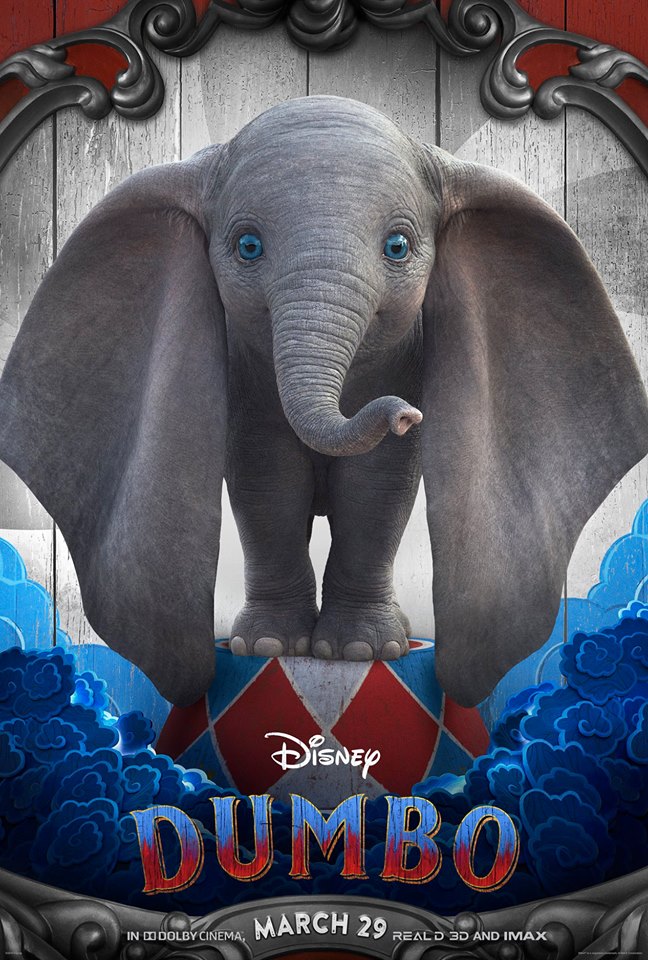