Disney+ is bringing back the classic duo Chip ‘n’ Dale, for a rebooted cartoon this November. Produced in Europe, the lovable chipmunks will be getting a modern take, of course, with series spanning 39 episodes, each seven minutes long.

While we have yet to see any footage, the studio promises that the show will feature the lovable chipmunk troublemakers in a non-verbal, classic style comedy. Not like the popular Chip ‘n’ Dale Rescue Rangers from the ’90s. Instead, Disney is said to be working on a live-action Rescue Rangers film, with The Lonely Island’s Akiva Shaffer tapped to direct.

Help Us, Mandalorian – You’re The Franchise’s Only Hope

The Mandalorian Chapter 7: The Reckoning Review

The Mandalorian Chapter 6: The Prisoner Review

Pre-Orders For Baby Yoda Have Started On Official Disney Store

Above is the first image from the 2019 Chip ‘n’ Dale reboot.

What do you think of the animation style and character design?

Elsa Is The Only Hope In Disney's Frozen 2 Trailer

Why The MCU's Captain America Is Actually A Jerk 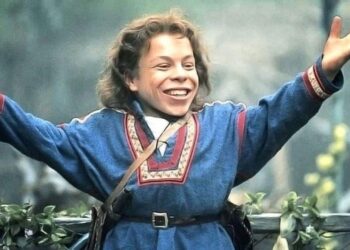 Help Us, Mandalorian – You’re The Franchise’s Only Hope

The Mandalorian Chapter 7: The Reckoning Review