7 Things The New Spider-Man Game Should Definitely Include 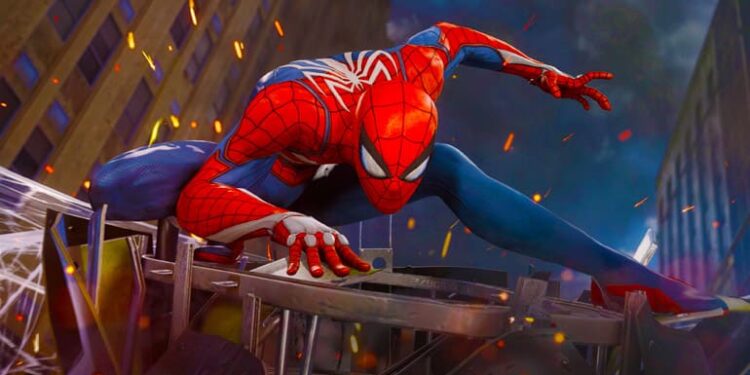 Probably one of the most exciting releases this year is Insomniac’s PlayStation 4 exclusive Spider-Man game. If the trailers are anything to go by, it seems that the developer understands what elements a good superhero game should include. After a few hit-or-miss Spidey games in the past, many are again excited for what the future holds for our friendly neighbourhood Web-Head. With that said, I have compiled a list of 7 essential things that, in my opinion, need to be included in the new game in order for it be a huge success. It has already been revealed on multiple occasions by Insomniac that their Spider-Man game would feature a unique stand-alone story separately from the current Marvel Cinematic Universe. Hopefully, this means that we won’t be slogging through another origin tale (we’ve had that plenty of times before). I can’t think of a single person who doesn’t know the character’s origin story by now.

Insomniac could learn a lot from the way in which Rocksteady was able to really concentrate on what the essence of being Batman was and how they were able to inject this into the Arkham narrative. They have a wealth of Spider-man lore to delve into for inspiration, from the comic books, movies, and TV shows.

Also, developers seem to forget that Peter Parker and Spider-Man are one in the same. It’s high time that Peter also gets a spot in the limelight. It could be an interesting angle if the story incorporates how being Spider-Man conflicts with Peter Parker’s everyday life and use this as a base for parts of the narrative. Having a solid story that utilises one of the best rogue galleries in the Marvel universe would be a great start.

Another interesting way to go is to have the Web-Slinger playthrough popular comic book storylines. For example, stories like The Night Gwen Stacy Died, Spider-Man: Blue, The Death of Jean DeWolff, To Have and to Hold, or Spider-Man No More, are all really great. The opportunities are truly endless.

Web-slinging is one, if not the most, important part of a Spider-Man game and some would say integral to the new game’s success. As Spidey’s main form of travel, Insomniac needs to get this right if the game has any chance of being remotely good.

The developer has already proven that they understand motion and momentum with Sunset Overdrive. The question now is, can they take the same feeling of motion we got in that game and successfully implement it in a web-slinging mechanic? Both Spider-Man 2 and Ultimate Spider-Man used momentum based web-slinging where the left and right triggers of the controller were each assigned to one of Spidey’s arms. This meant that his movement was controlled by the momentum he gained from attaching his webbing to objects (and not thin air as in previous games). A lot of fans preferred this way of web-slinging and have been patiently awaiting its return. With Insomniacs knowledge of momentum and how it can be used, this seems like the best time for this method to make a return.

So apparently being bitten by a radioactive spider has some advantages, which include enhanced strength and agility. Up until now, Spider-Man games have focused a lot on the strength aspect of combat. Sure, Peter could dodge and jump around his attackers but developers haven’t been able to fully communicate his enhanced agility. The Arkham series combat system was able to convey the brutal tactics Batman employs while still making him look like a bad-ass when taking on multiple enemies. What Insomniac needs to focus on is not only making combat look and feel good but, most importantly, Spider-Man needs to be able to fluidly move from attacker to attacker without having it feel or look awkward.

Where Batman has his gadgets, Spidey has his webbing. Finding unique and interesting ways in which he could use his webbing when fending off enemies would add to the strategic depth of the combat system, and make for some unusual combos.

The key would be to make combat fun and easy to learn but deep enough to keep us coming back long after the final credits have rolled.

4. An open world that feels alive

Lately, the words “open-world” has been thrown around a lot when talking about all the latest releases. It seems everyone is jumping on the bandwagon. The problem with most open world games is that the open world lack any sort of richness and life. A new game based on the famous Wall Crawler would probably need to follow in the previous games footsteps by having players freely roam New York.

What Insomniac needs to do is give players a reason to go out and explore New York. In the past, collectables have been used for this purpose but, in this era of gaming, there needs to be more than repetitive side quests and collectables.

People seem to forget that Peter Parker is quite the little genius, he invented his web shooters and fluid all by himself, so why not have some interesting Mysterio based puzzles for him to solve in-between saving civilians from muggings? Having little branching side quests that could lead to a confrontation with an unexpected villain could make these quests more attractive – basically, have little self-contained stories tucked away in the city.

Giving players the ability to approach these quests in a variety of ways (stealthily or web-shooters a blazing) would not only add to the replayability but would make these quests more engaging.

5. Bring on the hero and villain cameos

Although we can expect that Spider-Man will be facing a familiar evil in the main story, having re-imagined versions of less familiar villains as part of the above-mentioned side quests could make for some exciting boss fights and narrative twists.

Seeing the Web Shooter face off against re-imagined obscure villains – such as the Legion of Losers, The Swarm or even Jack O’ Lantern – could make for some fun distractions in-between fighting the main baddie. Spider-Man also has ties, in some way or other, to most of the Marvel heroes out there. Having some of his fellow heroes pop in to lend him a hand in one of the side-quests, or even the main quest, could be a great recipe for lots of fun.

What Spider-Man game would be complete without a few cameos? We need that Deadpool and Stan Lee cameo!

6. An interesting and rewarding progression system

As with previous games, Spider-Man will probably implement some sort of upgrade system that will augment or improve Spidey’s abilities as the game progresses. I’ve never had a problem with improving my characters as I level up, but what I don’t like is if the unlocks and upgrades only marginally improve say, for instance, my web shooters or unlock a combo which I would never use or need to use. Insomniac has to be smart in how they approach this. Unlocks and upgrades need to make a substantial difference in how they change or improve the character. Summed up, it needs to be worth a player’s time to invest in upgrading and unlocking abilities for Spider-Man.

Most of the previous Spider-Man games have had the option to unlock new and interesting costumes for the famous arachnid. This is something I hope Insomniac builds and improve on. Not only would I like to see an interesting and unique variety of costumes, but it would be great if these augmented or gave Spidey certain new abilities.

There have been a surprising amount of alternate costumes for Spider-Man over the years and I hope that Insomniac goes digging through his closet and includes some of the more unusual ones. Maybe even alternate Spider-Man characters – like Miles Morales, Spider-Gwen, Old Man Spider or Peni Parker would be great. Maybe we could play as the different Spider-Man actors too? Heck, I’d even be down for Aunt May in a Spidey suit.

Over the years, there have already been a number of really good Spider-Man games. Let’s hope Insomniac takes the best of Spider-Man: Web of Shadows, Ultimate Spider-Man, Spider-Man 2: The Game, Spider-Man: Shattered Dimensions, and LEGO Marvel Super Heroes to recreate the Web-Head magic.