Home > TV Series > 5 Pros And Cons Of The Powerless Trailer

5 Pros And Cons Of The Powerless Trailer 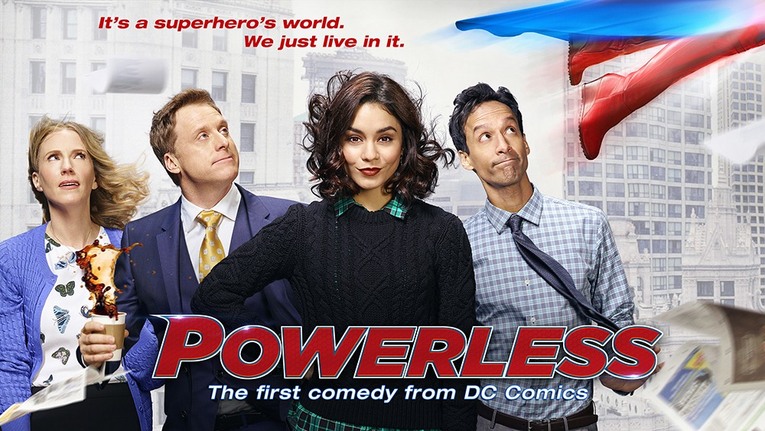 The leaked trailer for Powerless, DC’s latest show, aired just a few days ago but it’s created some interest already. Set in the DC Universe (although not the Extended Universe, and possibly not the Arrowverse either), it’s a change of pace for the oversaturated superhero market out there. A comedy, Powerless stars Vanessa Hudgens as Emily, a young woman who works at an insurance company who handle payouts every time there’s a battle between superheroes and supervillains.

[dropcap]U[/dropcap]nfortunately, despite generating some laughs, there’s been som talk of the trailer being pulled. It’s impossible to say whether the rumoured leak-and-removal process is just a way to generate more buzz around it, but what we’ve seen has allowed us a glimpse into a world focusing on ordinary people in a world full of extraordinary heroes. For all its promise though, it wasn’t perfect and here are five pros and cons which can be debated until the show actually comes out… If you don’t know who Alan Tudyk is, you may have missed out on the most important pop culture highlights of the past several decades! From A Knight’s Tale and Firefly to the UK comedy Death At A Funeral and Dollhouse, he’s a class act with more talent than you can shake a comic book at. While he’s great at drama, he truly excels at comedy and he’s a bit of a fanboy at heart. Just seeing him licking bagels in this trailer is enough to make us laugh, and Powerless could be the perfect vehicle for him to shine in.

Tudyk and the bagels weren’t the only thing to raise a smile though; this show looks funny, in a Deadpool sort of way. Sure, it’s just the trailer so we’re not sure how it’ll play out as full episodes, but there are some real laugh-out-loud moments scattered throughout. Given DC’s more recent output on screen, it’s great to see them expanding and taking themselves a bit less seriously. 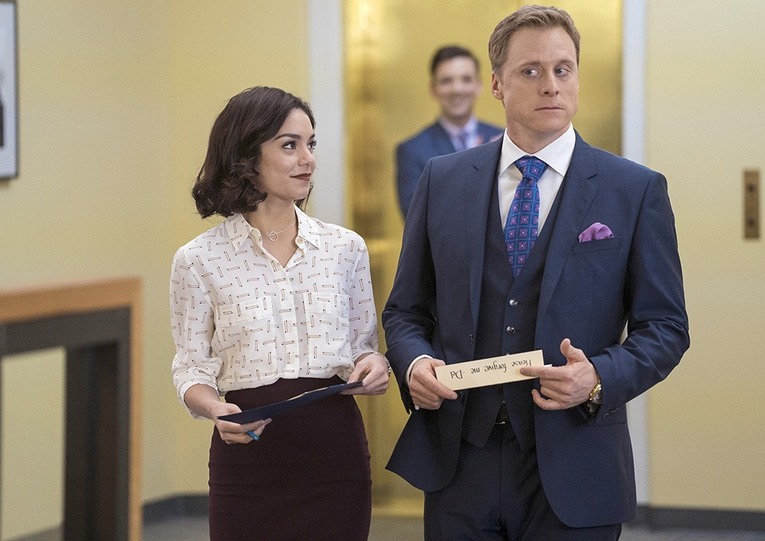 Comedy, it’s been said, is like a metronome: timing is everything. While that applies to the actual pacing of jokes, nothing kills a sense of fun like having it get drawn out until the joke wears thin. By sticking to a sitcom format in length, it should ensure that things don’t drag and the pace remains brisk. Get in, crack some jokes and get out like gangbusters, that’s the trick.

We’re still waiting for more news on Marvel’s comedy show Damage Control, and given the cancellation of Agent Carter and the uncertain status of Most Wanted, it’s hard to know if it’ll happen at all. DC have been quick out of the blocks on TV, even if their movies have been left eating Marvel’s dust. This time in particular, DC are well ahead of the pack and have a great chance to make an impact and pick up a following in a market which is craving a break from serious superheroics.

And now for something completely different…:

Being faster is one thing, being something altogether new is another matter entirely. Remember how blown away everyone was with the Daredevil and Jessica Jones series, praising Marvel for coming up with shows which were unlike anything seen on TV before? This is DC’s turn. While it certainly isn’t the first superhero-themed sitcom out there, the last truly great one was The Tick and that was fifteen years ago. That sort of gap in the market makes this show look truly unique and inventive, which should grab people’s attention. One of the biggest problems though is also one of its greatest strengths – it’s original, and that isn’t something which is normally popular with network executives and can be a hard sell for audiences. The Tick, as great as it was, only lasted nine episodes and that’s a warning. Powerless follows the same single-camera format as shows like The Office, which was popular… although that same formula was used with the latest Muppets show, which recently got cancelled after just one short season too despite its zany concept. Can superheroes make the difference? Lets hope so.

There’s also a similarity to Ally McBeal, a show which may have been popular in its day on NBC but was limited in its appeal. The creator of that show, David E. Kelley, later tried to recreate that formula with his Wonder Woman TV show pilot, and look at how badly that went. Oh wait, you can’t. It never got picked up as a series, because it just didn’t work. While Powerless looks like being a whole lot more fun, the potential “high concept” of Ally McBeal in the DC Universe does ring some warning bells.

One thing we could tell from the trailer was that this is very much set in DC’s world, from the insurance job the characters do in sorting out claims of property destruction caused by superheroes to having Hawkman on the cover of Rolling Stone magazine. The references to Wonder Woman and Green Lantern are there too (and a reference to Aquaman which was downright embarrassing)… but it almost seems like it’s forced. Sure, fans love hearing the names of their favourite characters, but is that all Powerless has to offer? If so, it’s just an attempt to cash in on the fandom.

It’s already been said that there will be no appearances by Superman, Batman and Wonder Woman. That’s understandable, DC won’t be wasting their big-name characters on silly TV appearances. Whether the Flash, Green Arrow, Supergirl or any of their other identifiable characters from TV will show up is in doubt too. In fact, it seems like many of their cornerstone characters will be nothing more than names mentioned in the office as jokes. So expect minor – seriously minor – characters, if any. Will that satisfy the hardcore comic book audiences? Probably not.

The only named hero to show up in the trailer was Crimson Fox. This B-list character was a member of Justice League Europe, and barely even warranted a fan base at all. Worse, the powers they showed her having in the trailer were completely wrong, and the costume looked like one of the worst outfits on screen since Peter Parker put on his home-made tracksuit to wrestle Bonesaw McGraw in Sam Raimi’s Spider-Man film.