5 Most Prominent Gamblers in TV and Film

Discover the 5 Most Prominent Gamblers in TV and Film History 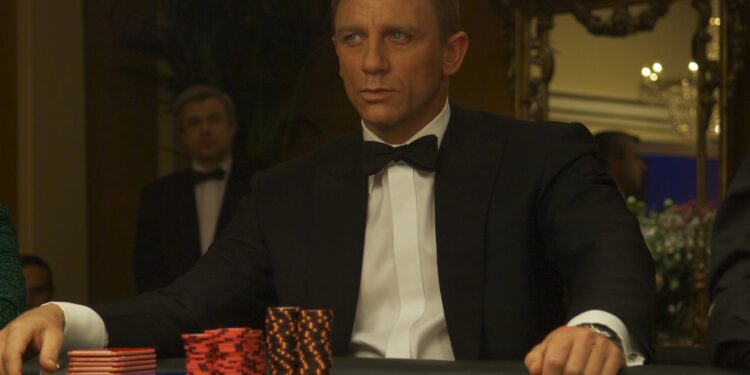 There’s nothing that can stoke a cinemagoer or Netflix-binger’s excitement as much as watching a character they have come to care about in a prickly situation with the stakes stacked high. As the sweat beads on their forehead, we too feel the anticipation and tension. One of the best kinds of scenes for this is a gambling one. But just who are the best gamblers in film and TV that give us that edge-of-your-seat feeling when we watch them?

In his many incarnations, Bond may just be one of the most prominent gamblers in the world of cinema. Not only does he have an incredible amount of luck to have survived so many close shaves, but he has the analytical thinking abilities to be one of the greatest onscreen spies. A large number of the Bond films have shown Bond playing some kind of gambling game – inspired by the gambling man in Ian Fleming’s books. From poker to baccarat, craps to blackjack, Bond has dabbled with them all. We expect at least some gambling in 2020’s No Time to Die.

Run, Lola, Run is a 1998 German film directed by Tom Twyker in which protagonist Lola needs to come up with 100,000 deutschemarks in 20 minutes in order to save her boyfriend’s life. The film splits into several narratives as Lola imagines how she can do this, and one of the ways is through playing roulette at the casino. In this scenario, Lola manages to up her stake to walk away from the wheel with 126,000 deutschemarks. If you were to read the history of online gambling, it would seem that the advent of online gambling came just as the film was released: imagine if the producers had opted for a different direction and had her use online casino instead! 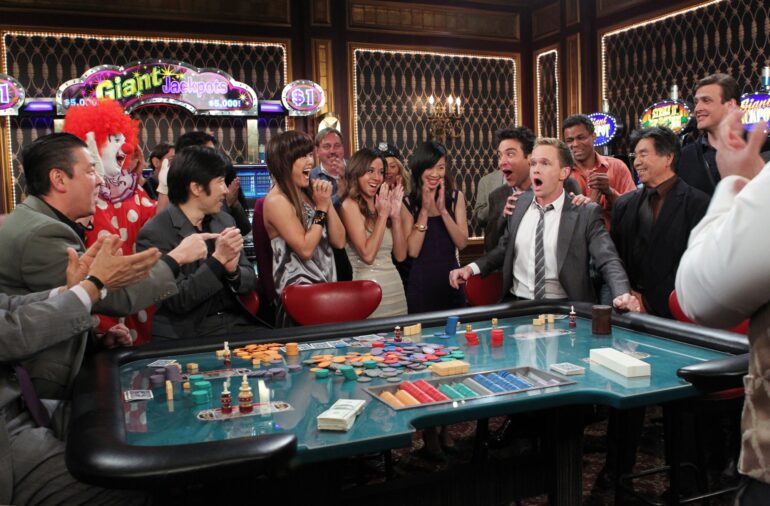 A running thread throughout the nine seasons of How I Met Your Mother is Barney’s love of gambling. He plays a fictional game with a series of Chinese businessmen with a set of fiendish rules when he accompanies his friends to Atlantic City to get married. Barney’s love of gambling is apparent in the final season, which takes place over the weekend of his wedding, where he engages in a poker game to settle tensions between his future wife and his mother. He also returns to the fictional game, titled Xing Hai Shi Bu Xing in one of the later seasons.

Barry Levinson’s Rain Man (1998) may be best remembered for the relationship between Tom Cruise and Dustin Hoffman, as the film centered around Cruise attempting to use his brother to win big at the casino. As a result, it turns out that Ray Babbitt, played by Hoffman, was an expert gambler. Ray Babbitt is one of the most memorable casino goers in cinematic history. To divulge any more would be to spoil the tense scenes that bubble over with sibling rivalry.

While many may remember the long-running dramedy for its over-the-top antics or outrageous characters, the women actually met on the street specifically in order to play poker with one another. While there, they developed a sisterhood that led to their initial mystery of finding out what their late friend was hiding. These poker meetings continued for the entire eight-season run, allowing the housewives to chew over the latest drama or scandal on Wisteria Lane.

TV and film have given us so many prominent gamblers, that it’s hard to choose just five. Each one listed indulges in the same activities as the others, but in completely different ways that we hadn’t really seen in the same format before. They may be the most prominent precisely because they changed how we saw gambling onscreen.