Has there ever been a song that you struggle to dissociate from a superhero flick? Think of the music video for Chad Kroeger and Josey Scott’s “Hero” – it’s hard to imagine anything past Chad’s poodle hair interspersed with scenes of Tobey Maguire as Spider-Man. Okay, maybe “Hero” isn’t quite so iconic, but it’s a good example of the symbiotic relationship (ha!) between songs and superhero films. Nonetheless, here’s a list of five good iconic songs from superhero films:

It’s become incredibly difficult to separate this infectious tune from the forthcoming Suicide Squad film. In a week where we were subjected to Fall Out Boy and Missy Elliott’s bastardised update of the Ghostbusters theme song, “Heathens” successfully lured us into the enchanting, diabolical world of Belle Reve instead.

Do any of us care about the Diet Coke film version of Daredevil? Absolutely not, but the official soundtrack rocked. Evanescence’s first hit single, “Bring Me to Life”, didn’t manage to save the film from its own asphyxiation, yet it did catapult the band into the stratosphere after featuring heavily in the film’s marketing campaign. Try to think of this song without imagining a heavily leather-clad Bennifer choreographing their wedding night moves.

Written specifically for the 1980 Flash Gordon film starring Sam J. Jones and Max von Sydow, “Flash” has gone on to become one of the most utilised songs in popular culture. Even though Flash Gordon might not be as popular as Batman or Superman these days, he can claim one thing: Freddie Mercury sang a song for him. Take that, suckers.

When you think of official soundtracks, you’ll be pressed to find one that did as well as Batman Forever’s. Featuring the likes of The Flaming Lips, The Offspring, Nick Cave, PJ Harvey and one of the best U2 tracks of all time (“Hold Me, Thrill Me, Kiss Me, Kill Me”), there were more than a few iconic songs to choose from. However, it’s Seal’s magnum opus, “Kiss from a Rose”, which is the pick of the bunch. Even though hardly any of us remember Nicole Kidman’s character from the film (Dr Chase Meridian, in case you care), this song could’ve been her and Bruce’s matric farewell slow dance.

Was there ever any doubt that one of the greatest musicians would appear on this list? When Tim Burton roped in Prince for the Batman soundtrack, it proved to be a stroke of genius. “Batdance” might be considered the definitive song, but it was Jack Nicholson’s Joker shenanigans to “Partyman” that stole the show. I still can’t believe he got paid to deface a museum while dancing to a Prince song. You lived the dream, Jack. 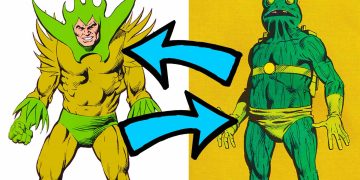