I’m sure all you sad slobs are still licking my marketing team’s collective nu***ck over the A.W.E.S.O.M.E. PR campaign for my new film, Deadpool 2, but none of you realise it was all me. If it wasn’t for the Great Big (Very Big) Red, you’d all be stuck with 50 Shades of Meh as the best February film of all time and that would blow harder than the poor girl in the film ever could. So, as the custodian of cool, I, Deadpool the first, feel it’s my responsibility to impart my advice on what an okay-ish PR company should do. 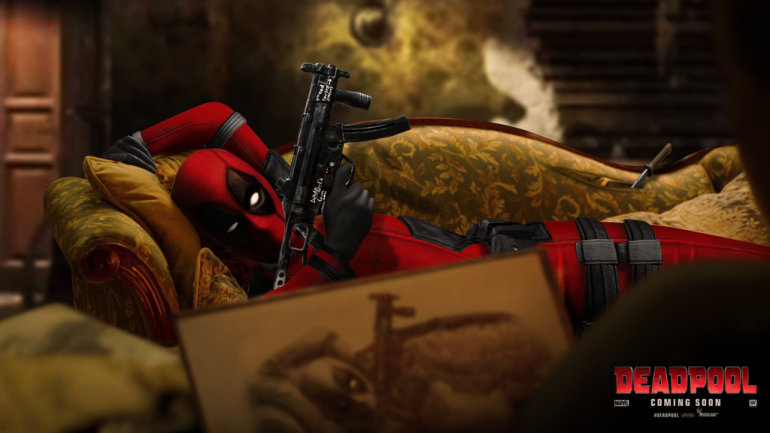 Don’t Bury Your Head in the Sand (Unless You’re a Bird, But Be Careful Or You’ll Die)

I like burying my head in things. And you should see what I like doing with the head on my shoulders, too (ba dum tss!). However, if you’re a PR schmuck, you shouldn’t be hiding anything because you’re paid to deal with Ghostbusters reboot-sized sh*t, so beg for a bigger spoon, pour some cream over it, add chocolate chips and enjoy every bite, you rotten S.O.B. As our great lord and master Vanilla Ice once said, “If there’s a problem, yo, I’ll solve it.” That’s your f**king mantra, son! Go ninja, go ninja, go!

Plan Ahead For the Nerds

“But life, Mr Pool?” IDGAF, Marshall, you should’ve thought about this before you decided to stick your finger in the polar bear’s anus. Imagine if only 1 billion copies of my DVD were released this year? That would mean the rest of the world – especially those people in war-torn countries – wouldn’t know my excellence because of a clerical error and some douche not getting sign off for more copies. Know your target market in the same way that Professor X knows his – little boys who can’t see too well and overdeveloped teenage girls with daddy issues. Oh, and if you release an Ultimate edition of a notoriously sh*tty theatrical release, at least make sure you order enough of those for Arthur and MARTHA!

Your Budget Isn’t For Drugs

If you’re going to blow your budget on drugs, at least share them. That’s all I’m saying.

How the hell can someone discuss something if they haven’t experienced it? For crying out loud, we’re not all Rolling Stone; some publications still value ethics and credibility. For example, what the eff happened to the PS4 release of my game, eh? You bunch of Hodors screwed up good and solid there. I hope Pokémon Go is reset on your phone. I hope you feel the wrath of Josh Trank in the next Avengers film. I hope Spider-Man is rebooted for the hundredth… Pipe down, Jarrod, I’m nearly done with this article! I want them to know how angry I am. I deserve to be heard and this is my voice. DO NOT SILENCE ME, CHILD!

Sigh. I’ve been told to wrap this up because these nerds need to post this for “hits” today. Maybe, I’ll “hit” a few of their moms…

Anyway… remember, PR people are other people, too, so they’re bound to disappoint and leave you wishing for a world where cats take over instead. So if they screw up, don’t be too harsh on them – a Twitter rant (or purge – definitely a purge) will suffice.

Be excellent to each other – or not. No one cares. Deadpool signing out.