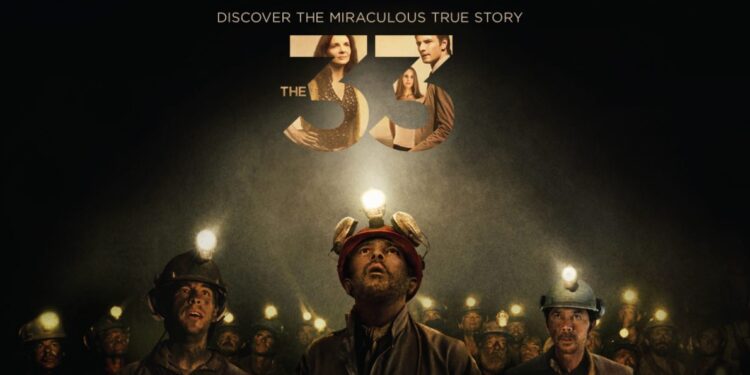 The 33 is a film that is hard to dislike, although it is very easy not to regard it very seriously either. [dropcap]W[/dropcap]hen it comes to making a film based on a real-life event, and particularly one that happened very recently, it’s naturally hard to create drama. After all, everyone knows what happened, and its very easy to see who makes it or who didn’t. The life or death stakes just aren’t there. What a talented production can therefore do is shift the focus onto the characters themselves, explore them as people, and show us a side that the news at the time didn’t manage to capture. For the most part, The 33 handles this kind of filmmaking in a successful way.

The 33 focuses on what is referred to as the Chilean Miner Crisis of 2010, where 33 miners were trapped underground for 69 days, before being all rescued. It’s the kind of story that naturally seems to inspire heartwarming moments. Miners are naturally a kind of underdog figure, with the difficult jobs and low-wages they work, and to see the whole world watching and cheering on their efforts to be freed shows a good kind of unifying spirit of human kindness being present. This isn’t the kind of film that has antagonists, although there are of course some arguments between the Chilean Minister of Mining, played by Santoro, who continues to believe a rescue is possible, and the experts on the scene, who take a more realistic stance. However, hope wins out, and its hard not to be swept up in the moment when the men are finally pulled out from the hole and reunited with their family and friends.

The other focus areas are, for the most part, well chosen. Banderas plays Mario Sepulveda, the public face of the miners, and for the most part, the lead character here. There are also the assorted government types, worried sisters and wives and so on, to fill up the different viewpoints.

The 33 sets out to make you feel inspired and motivated about the potential of mankind, and all other things, like the poor conditions for miners in Chile that continue to this day, and other such issues that are not part of this picture get swept aside in the momentum of this. I liked it, but I’m a bit of a sucker for this kind of thing. I think many of us are. 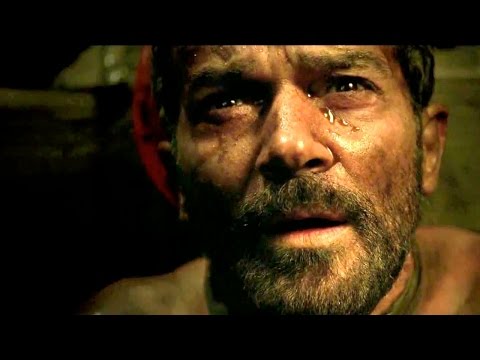