Three brothers’ obsession with Spider-Man might have gone too far. Aged 12, 10 and 8, the Bolivian boys provoked a black widow spider into biting them in hopes of turning into their favourite hero.

Everybody knows the story: Peter Parker, a normal teenage boy, gets bitten by a radioactive spider and develops arachnid-like superpowers. Using these abilities, he becomes Spider-Man. Created by Stan Lee and Steve Ditko, the character has gone on to be a pop-culture sensation, inspiring movies, games, books, comics, clothing attire, and more.

The three young boys, who were hospital earlier this month, hoped for the same. From the small village of Chayanta, the brothers, who were tending goats at the time, poked a deadly eight-legged spider with a stick. While most of us to run in the opposite direction, the boys actually wanted to be bitten. 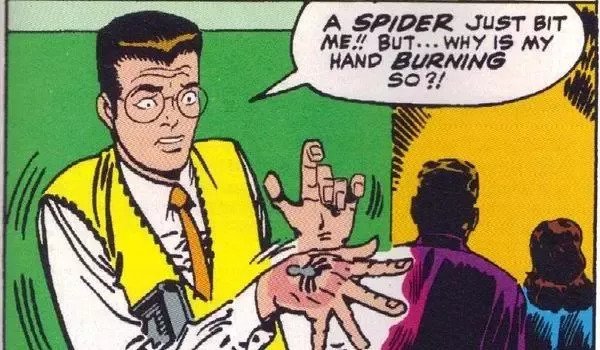 A bite from a black widow (one of the most feared spiders in the world), which can often be fatal, can cause muscle cramps, severe abdominal pain, and weakness.

Their mom, who was collecting wood nearby, found the three brothers crying and quickly rushed them to a nearby health centre. After administering a serum against bites, the three boys were discharged on May 20.

Unfortunately, they had to learn the hard lesson that real-life isn’t as glamourous as the comics. They’ll have to find another way to become the friendly neighbourhood Spider-Man.