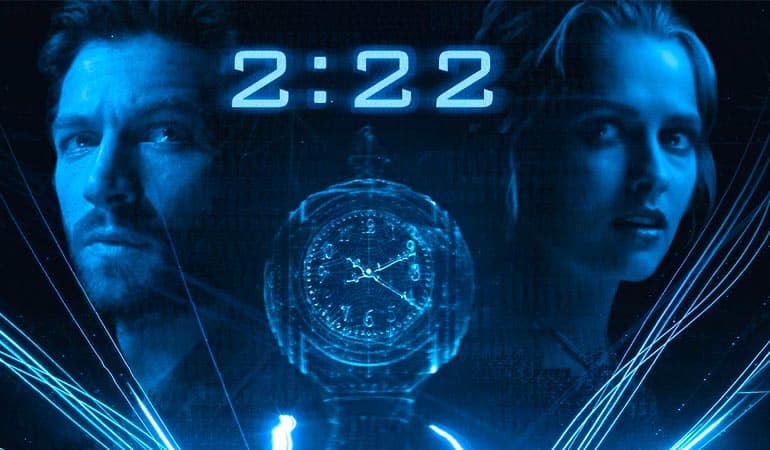 2:22 is a movie that wants to be several other movies, but ends up vastly inferior to all of them. Taking cues from Knowing, The Number 23, and Pi, it tries to wow us with its use of repetition and numbers. But, at the end of the day, do you really want to be remembered as the below-average film that was inferior to Knowing, of all things?

Starring Michiel Huisman, who you will recognise as, “Hey, it’s that guy! Whatshisname!” from hit TV show Game of Thrones, as Dylan Branson, an air-traffic controller. Dylan has always had the ability to notice patterns in events and numbers, something he informs us of in his needless voice-over at the start. Show, not Tell people – this is an old concept.

He starts to notice patterns and concepts repeating outside of is work, and is further thrown in turmoil when something strange happens at work every day at 2:22. The mystery of what this could be is derailed immediately when we are pointlessly sidetracked by a bolted on love plot between him and some saccharine love interest. They have a meet cute, followed by bad dialogue that passes itself off as romantic tension.

Soon, the number 2:22 shows up in different ways and through different plot threads. None of these come together satisfactorily, and the payoff largely isn’t worth it. The idea of repeating numbers having hidden meaning was done much better in the Number 23, and both that film and Pi had a better depiction of the kinds of madnesses created by living your life following codes and numeric patterns. 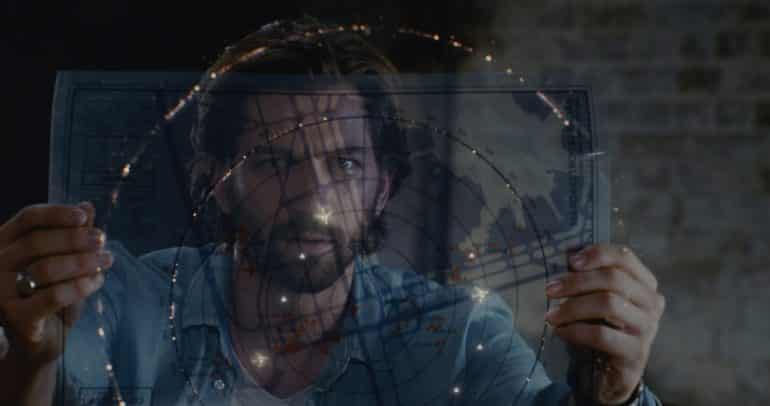 The ultimate point is this – a film universe only contains what we are shown on screen, so we therefore assume what is on screen has a purpose. In real life, lots of what we see is not purposeful to our lives. Therefore, we are less shocked in a movie when something in the background turns out to have been important than we would have been in real life. A gun in real life is just a gun, but in a film it is a clue, a Chekov’s Gun. We assume it has purpose already by being there. Therefore, you must use the gun in your film cleverly or subversively in a way that ties together well. Don’t do what 2:22 does and show me a bunch of contrived situations and expect me to think they’re interesting on their own – you must have a vision of where your film is going beyond “mystery, mystery, tension, tension”.

2:22 is like bad one-night stand – lots of build up but very little payoff.