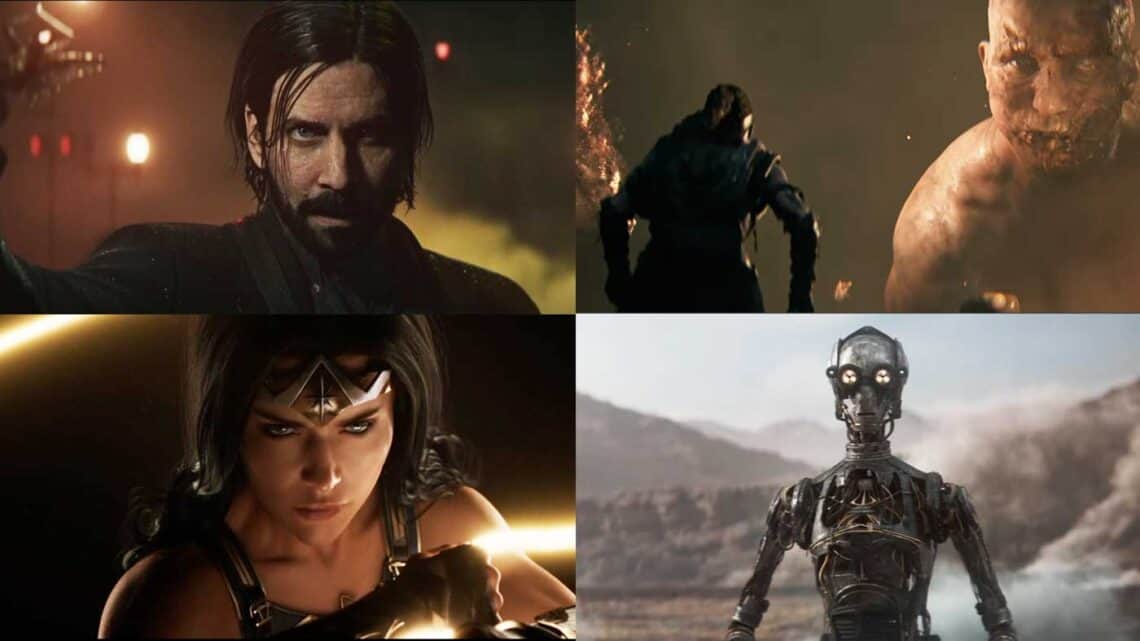 This year The Game Awards 2021 included an overwhelming amount of announcements. From new superhero games to franchises long gone making a return, The Game Awards did not disappoint.

Let’s take a look at some of the biggest announcements from The Game Awards 2021.

The game, titled Star Wars: Eclipse, is being developed by the team behind Heavy Rain, Quantic Dream. The developer is known for their narrative-focused games. How this will work in a franchise that has mostly consisted of action-based games is still unknown.

Quantic Dream’s Star Wars game will have a branching storyline. But don’t expect it to release anytime soon as it is still early in development.

The Suicide Squad: Kill the Justice League trailer shows Harley Quinn, Deadshot and the rest of the team fighting the Flash. The game looks just as chaotic and action-packed as we’d hoped. It looks like the team will have their hands full trying to take out the Justice League, which seems to be controlled by Brainiac.

We might not have gotten the highly rumoured Superman game everyone is talking about but at least one of the members from the Justice League is getting their own new game. Wonder Woman will be fighting solo in a game developed by the team behind Middle Earth: Shadow of War, Monolith Productions.

We only go to see a short teaser trailer, however. Hopefully, we’ll step into the shoes of Diana sooner rather than later.

Alan Wake is making a return. It was revealed by Remedy Entertainment during The Game Awards 2021 that their critically acclaimed game would be receiving a sequel.

The game will be more survival horror focused than its predecessor, which fans are no doubt happy about.

An unexpected horror icon made a quick appearance during The Game Awards 2021 show. Leatherface will be staring in his own game, aptly titled The Texas Chainsaw Massacre.

The game will be an asymmetrical horror experience, and as you can guess will be multiplayer-focused. The short trailer gives us a quick look at Leatherface as he works on disassembling one of his victims.

Finally, we got to see the highly anticipated Senua’s Saga: Hellblade 2 in action.

In the clip, Senua and her band of followers take on a strange huge misshapen monster. The strange whispering voices in her head make a return.

The game is looking amazing, but unfortunately, we haven’t got a release date for it yet either.

After a long hiatus, Sonic is back. This time the blue hedgehog will be able to explore more open-world environments. This is a first for the series, which might be just what the franchise needs to be revived.

The new game announcement came out of nowhere and was completely unexpected. Even more surprising is that it is set to be released in 2022.

Another franchise making a return to the gaming world after a long absence is Dune. The new Dune game is being developed by Shiro Games and will be a 4X real-time strategy game.

Not much is known beyond this, but the game will be available in early access in 2022.

The game will be set in the same era as the Star Trek: Generations show and is slated for release in 2022.

Lord of the Rings: Gollum

During the 2021 Game Awards, Daedelic Entertainment released a new cinematic trailer for their upcoming Lord of the Rings game featuring Gollum. The trailer shows the titular Gollum arguing with himself while trying to escape some Orcs.

The latest trailer for the highly anticipated game, Elden Ring, delves deeper into the game’s lore. We get a brief history of the Elden Ring and the Lands Between.

Forspoken, the RPG from developer Luminous Productions, received a new trailer during the 2021 Game Awards. It shows more of the game’s free-flow movement system as well as reveals more about the game’s narrative.

We got our first glimpse of the upcoming Halo TV series thanks to Paramount Plus. The series will star Pablo Schreiber as the Master Chief, while Jen Taylor will reprise her role as Cortana, Master Chief’s AI companion.