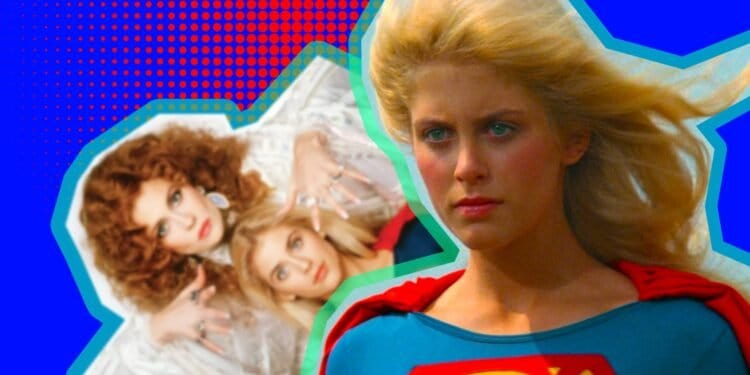 Remember the 1984 Supergirl movie? Was it really that bad? Considering all the negative feedback Wonder Woman 1984 is currently receiving, it seemed like the perfect time to look back at one of the earlier DC superhero films. Did it deserve the hate or were fans overcritical? 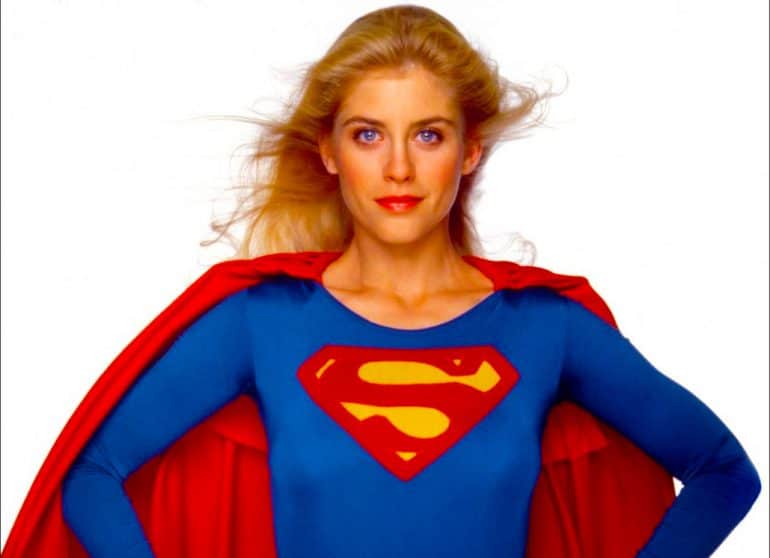 1984 was an awesome year for movies, offering everything from Gremlins to Ghostbusters, The Terminator to Top Secret, and This Is Spinal Tap to A Nightmare On Elm Street. If you were a fan of comedy, sci-fi, action or horror, it was the year when pop culture entertainment was turned up to 11. But for superhero films, it was a very bad year. There weren’t really any superhero films in 1984, except for… Supergirl.

Like a good little nerdy kid of the time, I’d read some of her comics and recognised her on sight. Sure, they weren’t as much fun as most other comics, but she was a part of the Superman family and the poster promised it was “Her first great adventure”, so I was interested anyway. Plus, she was kind of pretty. With high hopes, I went to the cinema to watch it anyway because there was no way it would be as bad as Superman III had been.

To this day I can’t tell if I was wrong or not.

Argo City is a Kryptonian community that exists in trans-dimensional space. Or a lake on Earth. It’s kind of hard to tell. Zaltar, the cheerful, irresponsible town alcoholic who’s using the city’s Omegahedron to create living art lets Kara Zor-El give it a whirl. It goes horribly wrong, and the Omegahedron flies off to Earth. Kara gives chase and becomes Supergirl. Unfortunately, the Omegahedron falls into the hands of a wannabe witch called Selena – who’s busy dating a warlock named Nigel. Yes, his name is Nigel. Don’t laugh.

Kara does a quick-change and becomes Linda Lee, enrols herself in the same school where Nigel is a teacher and befriends Lois Lane’s sister Lucy. Oh, and she falls in love with a dopey groundskeeper called Ethan. Ethan, naturally, is also a piece of eye-candy for Selena, who uses the Omegahedron to brainwash him… assuming he’s got a brain at all. It backfires on Selena, and Ethan falls in love with Supergirl instead.

Supergirl and Selena “fight”, and Supergirl gets banished to the Phantom Zone. While she’s there she hooks up again with Zaltar, who’s exiled himself there for being so naughty. With his help, Supergirl escapes and battles Selena – who’s made herself the “Princess of Earth” – one last time.

Supergirl out-smarts Selena, and traps her and her pinhead sister in a mirror forever. With Ethan no longer brainwashed he admits that he actually loves Supergirl’s alter-ego Linda Lee (Duh!), and Supergirl flies off with the Omegahedron back to Argo City, which is now able to stop its Eskom-like rolling blackouts. The end.

Wow. These days we talk about how bad BvS, Suicide Squad, Hulk, or X-Men: The Last Stand was, but a film like the 1984 Supergirl movie truly puts it all in perspective. It’s bad and, even as a kid, I knew I was watching a stinker. It gave me the same feeling of disappointment I felt many, many years later when I watched Green Lantern. It’s really bad and, on the surface, it’s almost entirely unwatchable.

Yes, there are countless things wrong with the 1984 Supergirl movie. Plot holes like how the residents of Argo City know of Superman and Clark Kent and could travel to Earth at any time (but don’t) are bizarre. Supergirl, with all her amazing powers, struggles to defeat a man-eating construction site digger. The casting is questionable, the dialogue is awful, the effects are cheesy, and it’s a product of its time. And if you want Easter eggs, there’s a doozy because Lucy Lane is shown reading a comic book…

And it’s a MARVEL comic book! Yes, in a DC film, a character reads a comic book of The Incredible Hulk. Wow, Just… wow.

But there are bright points too. Helen Slater is a great Supergirl, exuding fun and enthusiastic. The inclusion of Lucy Lane is a neat addition, while the villains are of the same campy nature as Gene Hackman’s Lex Luthor. It’s good seeing a guy be the “damsel in distress”, and the cameo of Superman’s Marc McClure as Jimmy Olsen is enough to make it feel like the film is part of a bigger DC universe. Speaking of which, the Phantom Zone in this film manages to recapture the classic appearance of the one in Superman. Yet it also brings a few new elements to it, which were later recreated in Smallville. Even the Omegahedron, as goofy as it is, has appeared recently in the Supergirl show… so it certainly left an impression. This may not have been a good film, yet at times it succeeds and it helped pave the way for better things.

If you’re looking for a great superhero movie, or even a mediocre one, then this isn’t it. It didn’t hold up then and it doesn’t hold up now, except maybe for a slight sense of nostalgia. There are some good ideas scattered about, but they’re mostly lost opportunities.

Was it as bad as Superman III though? To this day I’m genuinely not sure. That film featured Clark Kent fighting Superman, which was awesome but, on the other hand, it also featured Richard Pryor skiing off the side of a building.

At least Supergirl (1984) had a pretty cool Supergirl, so it’s hard to say which was worse.

All I know for sure is that it was better than Superman IV: The Quest For Peace. So maybe Supergirl (1984) wasn’t that bad after all… Maybe.

Whether or not it is better than Wonder Woman 1984 is entirely up to you. 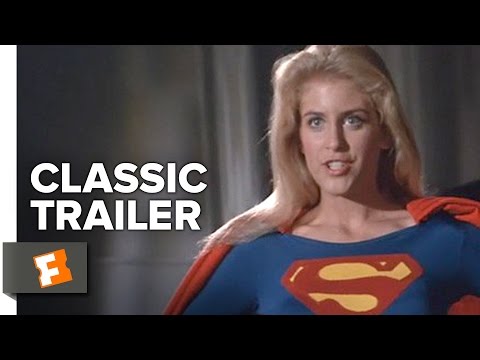