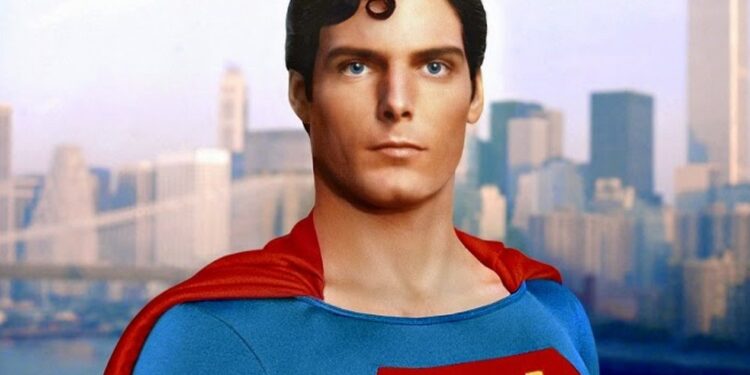 Filmmaking is a complicated process. Sometimes, movies have to undergo a severe bout of reshoots mere weeks before their debut in cinemas, which has led to some films being radically altered just in time for their release.

While these reshoots are mostly minor adjustments that hardly influence the film’s plot or their characters, some other films have to go through more than a few adjustments to ensure a box-office success — with mixed results.

Let’s take a look at some popular movies that had to reshoot some scenes just before they were released.

Based on the series of graphic novels written and illustrated by Canadian artist Bryan Lee O’Malley, Scott Pilgrim vs. the World tried to adapt six books worth of content into a single film. This was no easy task, not even for the exceptionally talented Edgar Wright — mostly because the series still hadn’t reached its conclusion.

Wright had to come up with an ending together with O’Malley. At first, the ending they penned had Scott and Ramona breaking up, but after negative fan reception, the movie underwent reshoots to include the new ending we all know and love.

Infamous for its troubled production process, Brad Pitt’s World War Z had to come up with a new story for the film, this is due to the book it’s based on lacking a storyline. The entire third act of the original film had to be reshot, with Pitt considering it “atrocious.”

The original plot involved Pitt’s character’s wife being abused by a soldier, and the ending was supposed to be much bleaker than what we got. Not that the movie that was finally released in theatres was much better.

The complicated story of Superman II’s production is certainly worthy of discussion, especially with how different superhero films are perceived today compared to the early eighties. The movie was initially shot back-to-back with the original Superman film, but after firing the first movie’s director, Warner Bros were forced to find a new director to complete the Man of Steel’s first sequel.

It’s estimated that director Richard Donner had already completed nearly 70 percent of the movie when he was fired. Fortunately for fans, in 2006, Superman II: The Richard Donner Cut was released, restoring many of Donner’s original ideas for the sequel.

Speaking of troubled superhero flicks, few movies ever come close to the production nightmare that was the 2015 reboot of the Fantastic Four, also known as Fant4stic. It’s no secret that director Josh Trank frequently butted heads with Fox executives over creative discrepancies, leading to the movie undergoing several reshoots and having to be re-written nearly three times.

Upon the film’s release, Trank took to Twitter, where he blasted the way how Fox allegedly butchered his vision for the movie. Needless to say, no amount of reshoots would be enough to save the trainwreck that Fant4stic turned out to be.

Popular for their work on The Lego Movie and 21 Jump Street, Phil Lord and Christopher Miller were assigned the daunting task of writing and directing an origin story for one of Star Wars’ most iconic characters. It seemed like a match made in heaven: a comedy duo would take on Han Solo’s backstory, injecting some of their trademark humor into an otherwise serious character.

Alas, Disney wasn’t so pleased with Lord and Miller’s work, eventually firing them and hiring Ron Howard instead. In the end, almost 70 percent of the movie had to be re-written and reshot, leading to Howard earning the sole director credit.

Rocky’s original plot is much darker than the uplifting story we all love. Some changes made to the first version of the film include Rocky giving up in the last fight — an ending that had to be reshot due to the negative reception by the audience. Additionally, Sylvester Stallone had to fight tooth and nail to be allowed to play the titular role, since he wasn’t popular enough to be considered for a starring role yet.

A classic of modern comedy, the first Anchorman film underwent some reshoots after some of the film’s jokes failed to land in test screenings. An entire subplot involving hippie robbers was scrapped, drastically changing the structure of the film’s third act and leaving more room for the development of Ron and Veronica’s relationship.

One of the most famous examples of fan backlash accomplishing a meaningful change in the production of a film, the Sonic the Hedgehog film underwent a drastic overhaul before it made it to theatres in 2020.

The negative reactions to Sonic’s original design prompted the studio to reevaluate the blue hedgehog’s look. After some much-needed reshoots, the movie was released with a version of Sonic that more closely resembled his video game look.

In 1982, Steven Spielberg directed a timeless classic about the friendship between a young boy and an alien lifeform. E.T. The Extra-Terrestrial spent some time on the drawing board while Spielberg and the rest of the creative theme settled on the proper tone for their emotional story.

Some scenes, particularly those in the film’s third act, had to be reshot to make the film more kid-friendly.

Infamous for its mishmash of tones and editing mistakes, the original Suicide Squad is a movie that only a few die-hard DC fans dared to love. Initially conceived as a dark and gritty action flick, the tone of the film was repurposed to more closely resemble that of the Guardians of the Galaxy movie series, and that involved an extensive process of reshooting most of the film to add Marvel-esque jokes and other gags.

There exists an alternate past — a past where Michael J. Fox did not play the iconic Marty McFly in the Back to the Future series. Instead, everyone would be talking about Eric Stoltz and Christopher Lloyd, and how they made one of the most emblematic time travel films of all time.

There’s a decent amount of footage of Stoltz playing McFly. He almost got the part in the final version of the film, but the producers simply thought that he just “didn’t fit” the role, leading to them hiring Fox to reshoot some of Stoltz’s footage and complete the rest of the trilogy.

In 2017, when Justice League was released, DC fans were flabbergasted by the movie’s obnoxious humour and overall poor quality. The film was nothing like Zack Snyder’s previous works — mostly because Joss Whedon completed most of the film in Snyder’s place.

After a massive Twitter campaign calling for the “Snyder Cut” to be released, fans finally got what they deserved in 2021. Snyder returned to deliver the film as he originally envisioned it, including some never-before-seen scenes and some massive reshoots that entirely reshaped the Justice League film as we know it.

Which other famous movies underwent extensive reshoots? Let us know in the comments.