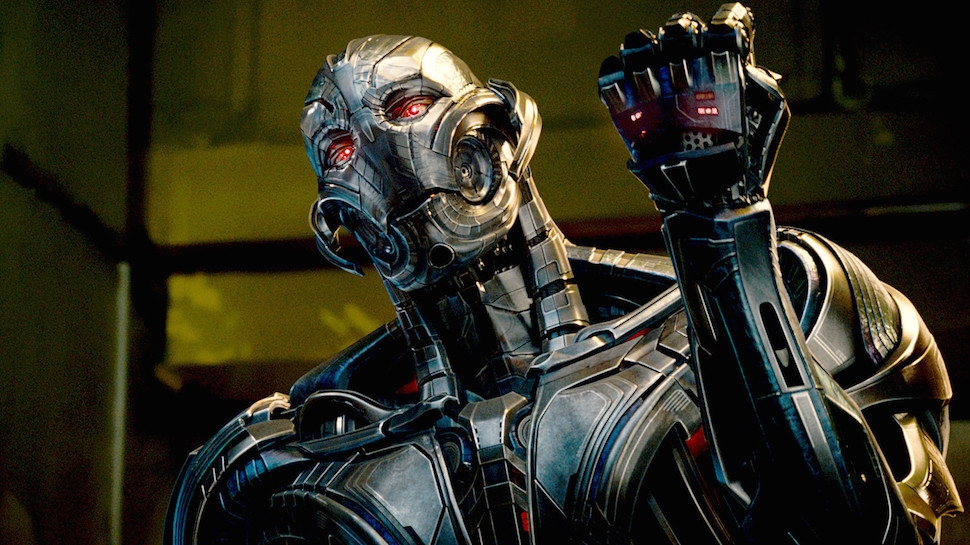 Home > Movies > 11 Things We Hope To See In Avengers: Age of Ultron

11 Things We Hope To See In Avengers: Age of Ultron

As Marvel’s Avengers: Age of Ultron gets underway filming in central Johannesburg, it’s time to send out our wish-list about what we’ll be looking for. We could choose to have a Hydra base hidden away under Ghandi Square, but it makes more sense to focus on the bigger issues that comic book fans are wanting…

At the end of Iron Man 3 we saw Tony Stark destroy all his suits of armour. That makes sense. He’s tired, and more than that proved that he’s a powerhouse genius even without them. But he knows the world needs help in some way. In the comic books, Henry Pym built Ultron to help keep the world safe and it backfired, becoming one of his biggest mistakes ever. Pym may not be in the film to accept a huge helping of guilt, but Stark could easily take that role.

The Vision vs. Jarvis

Paul Bettany has been the voice of Stark’s artificial intelligence system Jarvis from the beginning. Now we’ve got him playing Vision, and while the character may be Ultron’s hench-synthezoid who becomes a hero is it too much to hope for a little bit of Jarvis to be absorbed into his programming?

With Quicksilver and the Scarlet Witch popping up both in the new X-Men film and this one, someone’s got to make a mention of their dad Magneto. He may be licenced to Fox, but even a quick quip about the Master of Magnetism or either of them having daddy-issues would be brilliant, and a mention of those meddling X-kids would go down a treat.

His name is Phil

Phil Coulson may look like just another S.H.I.E.L.D. guy, but he’s the one we love. His matter-of-fact attitude, his dry wit and his nostalgic good-guy routine was so grounding that we hated seeing him die in the first film. Of course, he didn’t really die and we’d love to see him back and having to explain himself to our heroes.

Samuel L. Jackson is cool, and he’s great at making big speeches and kicking ass. Unfortunately, all we’ve seen him do so far is yell at Stark to exit a giant doughnut and guilt-trip the Avengers into doing their job. Oh, and he shot one of his own planes. We’ve had enough of that. It’s time he stopped arguing with big giant heads on TV screens and got some ass-kicking done before we forget why he’s cool.

Joss Whedon’s right, now is not the time for Thanos to just pop up. We don’t know how Guardians of the Galaxy is going to tie in yet, but there’s been some plot laid out for a big picture with one of the two tag scenes at the end of Thor 2. It’s a slow reveal for the heavy hitter, but one that seems to be going well so far. But we’ve got to see him in some way in Avengers: Age of Ultron, even if just for a moment. Maybe we’ve overdosed on Loki lately… but probably not. He’s the best villain of all the films so far, steals every scene he’s in, and has become a massive fan favourite. When we last saw him in Thor 2 he’d snuck to power in Asgard and finally had the throne. That’ll be sorted out in Thor 3, and he has no reason to be a villain here too, but a quick appearance just to remind fans of what lies ahead should keep their interest high and make us happy.

Joss Whedon has described Avengers: Age of Ultron as a smaller film. That may be true, but the scope is global and it can be a showcase for characters other than the big guns. If Carol Danvers/Ms. Marvel and War Machine are showing up, would it be too much to put in Netflix’s Luke Cage, Iron Fist, Jessica Jones and Daredevil in the background? What about up-and-coming (maybe) Ant-Man and Doctor Strange? Or a shot of Wakanda being attacked, with Black Panther defending it? The biggest draw has been showing how connected the MCU is, so why not expand it more?

A death in the family

Whedon’s also said Avengers: Age of Ultron is going to be like Empire Strikes Back, and a bit of a downer. There may be some deaths, even. Really? Are they going to bump off cash-cow fan-favourite characters like Stark, Hulk or Thor? Not likely. Except they can, and it would shock the fans completely. Kill Stark for a downer. How can they do this? What if a tag scene is to show Stark in the morgue, only to have him be revealed as a Skrull? It would be a massive moment and up the Empire factor.

Does anybody remember the story in the comic books back in the ’60s when most of the team left and the Avengers became, well, a budget version of themselves? Captain America stayed on, and unveiled his new team of Hawkeye, Scarlet Witch and Quicksilver. All those suspects are in this film, and if the Empire moment is disbanding the team due to death/personal reasons/Skrulls then movie Cap may need to do the same. It would be a great nod to the original comics.

One of the sneakiest plot points that was introduced in the first Avengers film was that of public opinion after the battle in New York. To many they’re heroes, but to some they’re a menace. It was brought back several times in Iron Man 3, and in Thor 2 we saw people recognising our hero and grabbing their cameras. The public knows who they are, but they’re going to need to be kept in check. It’s time for Maria Hill to step up and mention superhero registration. Fans of the comics, cartoons and computer games know what that means: a civil war may be on the horizon. Get with it Hill, and become more than just Nick Fury‘s yes-woman.