10 Schools in Movies We Would Love To Attend 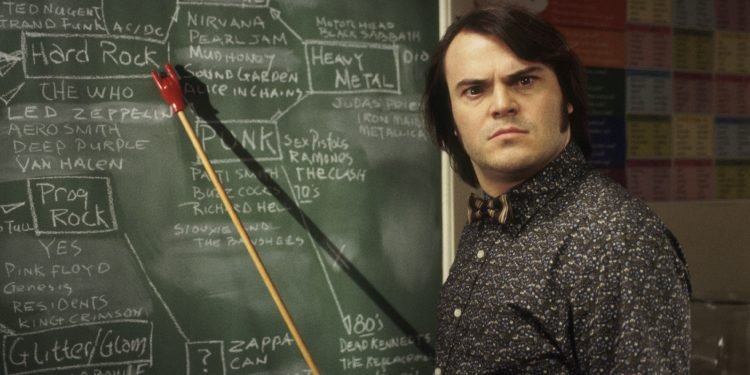 The trials and tribulations of school life have served as the inspiration for some of the most iconic coming-of-age stories ever told in cinema. Everyone has a strong memory – positive or not – that’s closely tied to their school days, and perhaps that’s why we love to see out-of-the-ordinary schools in our movies.

In this list, we’ll be looking at some of the most notorious learning institutes we’ve seen in movies through the years; the kind that just wants to make you pack your books and prepare for another day of school.

Here are the 10 schools in movies we would love to attend (in no particular order).

Living in a Wes Anderson movie must be something else indeed. Everyone seems to have a collection of unique quirks and hobbies that set them apart, and Rushmore Academy nurtures these talents in every way possible. With its vast selection of extracurricular activities and clubs, it’s no wonder that people in Anderson’s films end up being so peculiar when they have high schools like this.

One of the very first movies of his career, Rushmore shows some early signs of Anderson’s signature filming style in development. Although the perfectly symmetric shots and “retro postcard” look and feel are not parts of Rushmore, you can still feel the quirkiness of every character and every absurd situation they go through.

Many films about the growing pains of high school came out during the eighties, but only a select few capture the cultural zeitgeist of the decade quite as well as Fast Times at Ridgemont High. One of the most culturally-significant school flicks of the decade, the movie launched the careers of many well-known actors of today, including Forest Whitaker and Nicolas Cage.

This fictional school, located in San Fernando Valley, California, can be a tough one to study in. The institution has its fair share of troublemakers, but perhaps that’s why it’s so appealing for young kids who just want to graduate and scalp Ozzy Osbourne tickets.

3. Adams College (Revenge of the Nerds)

The Revenge of the Nerds series was a comedy juggernaut back in the eighties. The saga of Lewis Skolnik and his group of dorky friends lasted for four movies, from 1984 to 1994. In 2020, Seth MacFarlane, the guy responsible for Family Guy, announced he was bringing back the series, so we might see some more of the infamous Adams College.

Revenge of the Nerds, released in 1984, establishes Adams College as an institution where status and connections are a must to succeed. In this society, only the jocks seem to thrive, leaving the so-called nerds at the bottom of the food chain. It’s a tough world, but there’s nothing that four movies worth of wacky hijinks can’t fix.

During the seventies – and for a good chunk of the eighties – the National Lampoon magazine was revered as the pinnacle of comedic royalty. Not only do we owe to this publication the creation of the Vacation series, but also Animal House, which is a beautiful time capsule of American college life in the sixties.

Like so many other college comedies, Animal House deals with the rivalries that emerge between college fraternities. The movie takes place in the fictional Faber College, which, for all intents and purposes, looks like your everyday American university in the sixties. The thing is, when you’re going to college with John Belushi, you never know what comes next.

Not every school has to have a respectable curriculum or some renowned education techniques to stand out in the world of awesome schools in movies. Sometimes, a mere after-class project can be enough to turn an otherwise ordinary school into the stuff of legends.

2003’s School of Rock is easily one of the most influential musicals of the last two decades. Everyone would have loved to have a teacher like Jack Black, one that not only loved rock n’ roll and partying – but also nurtured the particular talents of each and every one of his students.

Directed by Todd Phillips, Old School is a surprisingly touching comedy about two guys who wish to relive their college days. Instead of enrolling in some course – like most of us would do – they go one step further and open their own fraternity, which eventually becomes one of the most coveted in the entire Harrison University.

It’s safe to say that everyone would love to be in a fraternity owned by Will Ferrell and Luke Wilson, even if the mortality rate at parties is somewhat high compared to other fraternities at Harrison.

Let’s be honest here: there’s a limit to how wacky and nonsensical things can get before they become unbearable, and there’s little doubt that it hardly gets more nonsensical than what goes on in the world of South Park.

While it’s arguably if anyone would actually be willing to live in this quiet mountain town, let alone attend the town’s hectic elementary school, the prospect of living and studying in South Park would definitely be an interesting change of pace for anyone – especially now that it seems like some of the show’s satire is seeping into our real-life society.

The fictional Shermer High School, located in the Northern Chicago area, is a melting pot of disparate students with various backgrounds and personalities. What makes it so special, however, is the fact that these diverse individuals learn to rely on one another to navigate the difficulties of school life, even if it’s just during a memorable detention.

The Breakfast Club, released in 1985, brought together a group of teenagers who had never thought they would meet in such a way. The characters in the film were all archetypal and iconic, making them easy to relate to on a personal level. It also helps that each one of them is the epitome of old-school cool.

Long before Disney entered the seemingly inescapable realm of the Marvel Cinematic Universe, one of its first entries in the superhero genre was 2005’s Sky High. The movie chronicles the everyday lives of a group of young heroes in training as they attend the titular Sky High: an academy designed to prepare the children of renowned superheroes.

Everyone has always dreamed of being a superhero at least once, which is why Sky High is one of those rare films that provide us with an opportunity to live vicariously through the protagonists, especially if you saw the movie at a young age. Every kid wanted their school to be like Sky High, complete with a coach played by none other than the man, the myth, the legend: Bruce Campbell.

If you grew up reading the adventures of Harry Potter and his friends, there’s a good chance that you eagerly awaited your letter of admission to Hogwarts School of Witchcraft and Wizardry. It’s only natural: Hogwarts looks like the ideal institution, even if some parts of its curriculum might be more than a bit questionable.

The sense of wonder and sheer marvel that comes from this wizarding school is almost indescribable: it just seems like every kid would love to attend a school like Hogwarts. Sure, you’d have to deal with the occasional evil wizards, but it’s all worth it when you get to fly around in a magic broom and learn how to cast spells; that would certainly beat sitting through a dull math class.

Tell us, which schools in movies would you like to attend?