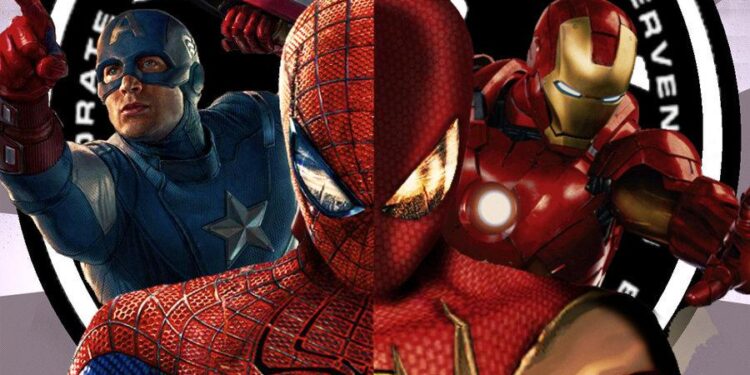 If you read the Civil War storyline in Marvel comic books then you’ll know that Spider-Man was essential to the emotional core of it. For all of Captain America’s speeches about liberty and Tony Stark’s backing of the Registration Act, it was Spider-Man who was representative of the readers. He went along with Stark at first, gladly accepting a high-tech suit and foolishly revealing his identity to the public. Then he took a moral stand, joined Cap and let his conscience be his guide.

Marvel were in talks with the folks at Sony about letting movie Spidey come into the Avengers movie timeline, and it would have been a gift for the fans to see one of the greatest story arcs in comic book history done justice on the big screen. Even if it’s Captain America’s film, odds are they’ll be sticking close to the story. Sadly, things fell apart and the deal is off the table. That’s a shame, because we WANT Spidey in Civil War! Spider-Man belongs in Civil War! Just… not the “Amazing” Spider-Man, and here’s why… Remember all of those times when J. Jonah Jameson described Spider-Man as a wall-crawling menace? He was right! In that first film of his he commits identity fraud, stealing someone’s ID to enter private property and then breaks into a secure location to get his powers. Also, whether he stole the bio-cable web fluid or bought it is questionable, but since Peter Parker couldn’t even afford a milkshake you can decide for yourself. Is this really the guy you want hanging around the Project 42 prison or Stark Industries?

Yes, in ASM2 he openly admits that he’s a stalker, but just once a day. Or sometimes more. He may think it’s okay, but the last time we checked stalking was an offence. Gwen Stacy told him to take a hike before that but he still stalks her like a creepy ex usually does. No means no, Peter Parker! That isn’t “Amazing”, it’s obsessively psychopathic. If Stark himself was rejected by SHIELD for the Avengers Initiative just because he was a narcissistic thrill-seeker, imagine how the ladies on the team are going to feel about Spidey’s antics. In ASM2 Aunt May asks Peter why he’s so dirty and his excuse is that he was cleaning the chimney. She points out that they don’t have a chimney. Not only has he been caught out in an obvious lie but he then compounds it by acting completely surprised to realise that the home he’s lived in for 15 years doesn’t have a chimney! Aunt May is dumber than a bag of wet nails so that’s understandable, but he won’t be able to lie to Cap, Stark or anyone else and get away with it so easily.

Spidey’s always been a hard-luck hero, it’s a part of his appeal; but in the space of two films his uncle, his girlfriend’s dad and his girlfriend have all died while he’s been just metres away. If the Civil War crunch comes and both sides start fighting, every hero should stay far away from him because they could be next. Goliath is already destined to get killed, let’s not make it worse by having the “Amazing” one stand next to some other hero and jinx them too.

Have you ever played cards or Scrabble and someone behind you comes along and makes your move for you because they’re “just trying to help”? That’s kibbitzing. To impress Dr. Curt Connors in the first film he takes his dad’s three-quarters-complete scientific formula and then comes up with an answer. Right or wrong, he’s taking credit when others did the hard part first! What’s worse is that his answer causes Doc Connors to become the Lizard, so his answer was probably wrong. While Stark might have done a similar thing with his own dad’s work to create that cosmic triangle in his chest in Iron Man 2, having “Amazing” around who may take credit for his own creations would seriously cramp his style.

6) He believes in cultural stereotypes!

The Avengers may be mostly Americans but you’ve got a former Russian spy and an Asgardian in the mix. If Black Panther joins then there’ll be another member from outside the US borders. Unfortunately, “Amazing” Spidey proved in his second film that his knowledge of foreign cultures consists of nothing but clichés. Believing that Jack the Ripper is still on the loose in London and that British women should be called “my fair lady”, he’s just a step away from creating an international incident if he hangs out with Black Widow. He’ll probably say she’s a communist and should wait in line for cabbages with Vladimir Putin.

7) His parents are fugitives who built secret lairs in train stations!

Okay, so building one secret lair isn’t the end of the world, except “Amazing” Spidey’s parents were on the run and being hunted by the US government and they did it on government-owned property. Again, that isn’t the end of the world and you can’t judge him for whatever his parents did – or didn’t – do. Even Captain America was a fugitive in his last film, so he can sympathise. Still, it could turn into a PR disaster if word got out. If there’s one thing the Registration Act doesn’t need it’s for one of key figureheads involved to be outed as the son of national traitors.

“Amazing” Spider-Man obsesses about Gwen Stacy’s dad, a man he made a promise to before he died and which he initially kept. Then he lightly tossed that promise away with a grin once the old man’s funeral was out of the way, before hallucinating from guilt(another sign he’s mentally unfit). After breaking that promise and dating Gwen he then dumped her anyway, before feeling so bad about how the original promise once again got in the way of his relationship with Gwen that he promptly broke that promise again and hooked up with Gwen. Again. Are you confused by his actions? With that track record of breaking his word, how could Stark or Cap trust him? In Civil War, when Spidey turns against Iron Man he gets the upper hand in a sneaky war of engineering, with code overrides and targetted weak points of their mechanised suits coming into play. In the “Amazing” films though Spidey isn’t quite that sharp. He may design a door lock for his bedroom and his web-shooters, but he can’t even figure out how to avoid those web-shooters getting electrocuted without Gwen’s help. More than that, real science says that her solution was wrong! And Peter agreed with her! It’s no wonder he wasn’t accepted by Oscorp! This might be the realm of the superhero but Spider-Man in comic books has always been smart, and they’ve had his science knowledge come in handy lots of times. But “Amazing” is a scientific idiot and the idea that he can match up in intellect against Stark is ludicrous.

10) He’s lousy at revealing his identity!

One of the defining moments of Civil War was Spider-Man revealing his true identity to the public. In ASM he spends minutes stammering and spluttering his big secret to Gwen, and that’s far less nerve-wracking than appearing on TV in front of billions. Based on how bad he is at just saying who he is to his girlfriend, if he was in the Civil War film then his big reveal to the public could take half an hour of screentime at least.