by Deville Louw
in Opinion

It’s that time of the year again, when gamers from around the world are sitting with bated breaths waiting for the Electronic Entertainment Expo (E3) to start.

E3 is known as THE expo to watch (or attend) if you want to know what the next trend in gaming is going to be, and of course to witness all the latest game releases and announcements. This year promises to be something special, mainly due to the fact that for the first time Square-Enix and Bethesda will have their own separate conferences.

Win Tickets To An Early Screening Of The Invisible Man

This year is a big year for Disney. Not only is the new Star Wars movie being released, but we also have a slew of new Star Wars games on the horizon. Two of the games I am most excited for are; Star Wars Battlefront 3 and the top secret Star Wars game, that ex-Naughty dog writer and creative director Amy Henning is working on (after she joined Visceral games last year).

Star Wars Battlefront 3 – EA needs to keep the hype train going and what better way to do that than to show some gameplay footage? I really hope that this will be the case, it would be even better if the game is playable on the show floor. The game releases this year, but little is known beyond an “in game” trailer.

Top Secret Amy Henning Star Wars game – Rumours have been mumbled from the darkest corners of the gaming world that Amy Henning is working on a Star Wars game with the Dead Space team, Visceral games. Almost nothing is known about the game, so I would be really happy if they just showed a teaser trailer. That said, I would love it if we get some information on the story. Amy Henning was both the writer and creative director for the Uncharted series – arguably one of the best-written games series out there.

One of the biggest money makers in the gaming industry right now is the toys-to-life genre. The largest of these is the Skylanders series of toys and games. Although, in 2013 Disney launched Disney Infinity which quickly grew to become a formidable rival to the Skylander series.

Activision has revealed their new sets of toys called Skylanders: Superchargers. This new series of toys adds vehicles (everything from submarines, airplanes) into the mix. Players will be able to customise these vehicles to their liking. Hopefully, we will see some more vehicles and figures announced in this range as well as some more gameplay.

Not wanting to be left behind, Disney has announced Disney Infinity 3.0, which of course centres around… you guessed it… Star Wars!

Being a huge Star Wars fan and not finding myself drawn to Disney Infinity before, I think that 3.0 might be where I start to fall down the rabbit hole. Not only do the new Star Wars figures look great, but each facet of the game is being developed by studios that excel in that specific area. The two best examples of these are Ninja Theory (Devil May Cry reboot, Enslaved: Odyssey to the West) who is working on the combat and Sumo Digital (Forza and F1 games) who will be working on the vehicles and races.

Some of the new figures have been announced, but I believe we will see some more at E3.

Lastly, the newest entry into this genre of games is LEGO who announced LEGO: Dimensions earlier this year. I am really glad to see that the humour that makes the LEGO games so much fun is still present in Dimensions. There have been a few play sets and figures announced and I believe that a few more will be announced at E3. I also hope that we see some more gameplay.

3. Kingdom Hearts. O, how I long to see some gameplay.

It’s been about two years since we saw or heard any new news regarding Kingdom Hearts 3. I expect that Square-Enix will at least share some more information with us regarding the game. The question on most gamers lips are probably if the game would include Marvel and Star Wars characters, seeing as Disney owns both of these. Personally, I wouldn’t mind seeing these characters in Kingdom Hearts 3, as long as they are handled with the same care and respect that the classic Disney characters were. To be honest, I would be ecstatic with anything Kingdom Hearts 3 related.

What we have seen of the new Black Ops game looks great. I love the new traversal mechanics and the 4 player co-op sounds amazing. I have been wondering if Activision will announce that some huge actor is involved with the game (similar with what they did with Kevin Spacey in COD: Advanced Warfare). Seeing as Kevin Spacey was such a huge hit in the previous game, it might be something that Activision will be doing again. I would love to see more multiplayer and campaign gameplay, especially since the details regarding the campaign is scarce.

6. RPG from Guerrilla Games. What could they be working on?

It seems that Guerrilla Games have decided to give the Killzone franchise a well-deserved rest. So what on earth might they be working on next? Rumours have pointed to a yet to be announced RPG. I would be thrilled if this rumoured RPG is announced, and I would be over the moon if there is any sort of trailer or even gameplay footage involved. Here’s hoping.

Bethesda decided to reveal Fallout 4 pre-E3. I really think this is a smart move and that hopefully means we get to see a lot of gameplay at E3. The reception of the trailer seemed lukewarm, so Bethesda needs to let Fallout 4 shine by showing us some gameplay. I also think that after the sombre reveal trailer, they need to show us that the quirkiness and dark humour found in the previous games is still present in Fallout 4. I also can’t wait to see if and how they updated the V.A.T.S system. Lastly, I hope we get a release date as I can’t wait to venture back into the wasteland.

It seems that Nintendo, Microsoft and Sony have all realized the value of getting great indie games on their systems. Whether you want to admit it or not, the indie games market has been the lifeblood of the new-gen consoles, since only a few AAA games were available at launch. I am truly interested to see what weird and wonderful games will be announced at E3 as I believe indie studios are where great ideas flourish.

9. Virtual Reality. It’s like being part of the game.

Things have heated up in the VR market with more and more companies are announcing their own VR headsets. Sony has been working on Morpheus, their own VR headset for a while. Up until now, only a few demo games have been available to try and I hope that some really great games are revealed for VR at E3. The future of VR – when it comes to console gaming – will depend on the games that are available as well as pricing. I hope we see both at E3.

First announced in 2009 as a game being developed by Team ICO (Shadow of Colossus, ICO), the hype surrounding its announcement was huge. Since then The Last Guardian has become a bit of a running joke at E3. The game has been rumoured to be cancelled and confirmed on many occasions. There have even been bets placed before each E3 on whether we will hear any more news regarding the game. As before each E3, rumours have begun to form stating that we might at last see Team ICO’s elusive game. I really hope this is the case as I still believe Team ICO is capable of creating a game that would fulfil all our expectations.

The Art and Making of Hannibal Review 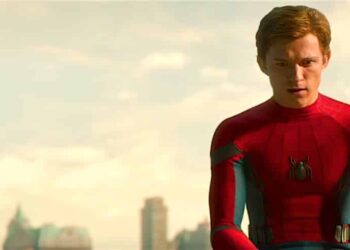 Spider-Man: Where Is Uncle Ben In The MCU?

Batman Beyond Could Be DC’s Into The Spider-Verse