10 Reasons To Keep An Eye On Jessica Jones 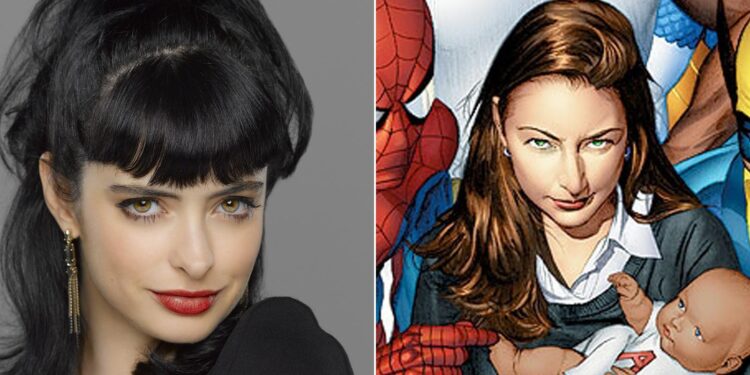 The hype around the upcoming series Jessica Jones has been strangely low-key, but it’s been steady and anticipation for it has been building.

Most people didn’t even notice that they dropped the “AKA” from the title of the show. Now the first official teaser trailer is out – complete with the release date of November 20th – but it didn’t show much other than Jessica sleeping until 3 in the afternoon, presumably thanks to the empty bottle of Jack Daniels at the foot of her bed, before destroying her alarm clock.

For one of the lesser-known characters inhabiting the Marvel Universe, it’s an inauspicious start that bizarrely could make her one of its biggest surprise stars. So what is it that could propel the hero of comic book series like Alias and The Pulse into becoming one of the hottest shows on TV, and why should people care? If you don’t know this character from the comic books, she’s tough. Very tough. The teaser trailer may show her destroying an alarm clock, but she’s capable of almost Ben Grimm-like clobberin’ times. On TV we’ve seen very few Marvel superheroes with real powers, and while Jessica may not wear her old costume she can certainly handle herself. Some real action is what’s needed, and it’s promising to deliver on that while still telling a great story with well-rounded characters. Combining detective work with super-strength brawling, expect her to hand out some serious beat-downs.

Daredevil may have been the best superhero show of the year but it was also described by some as being too slow and not a great deal of fun. Jessica Jones has a chance to correct that. While there’s bound to be a great deal of character development, her emotional baggage is unique and her drinking and PTSD make her a very different character. We’ve seen dark, brooding heroes before, and she is aimed at a more adult market, but this time there could also be some enjoyment on screen too so expect her to crack a smile and a cynical joke. With some luck, they may even show her flying… badly.

There’s been a lot of criticism levelled at how women in superhero shows and movies have been portrayed, including the complaints about Black Widow still being a weak character who won’t be getting her own film anytime soon. DC has stepped up to the plate with their Wonder Woman movie and the Supergirl TV show, while Marvel’s Elektra is best forgotten. Here, Marvel has a chance to get a foothold and score some points while proving they can get this right, so you know they’ll be pulling out all the stops to make it work. Despite Luke Cage’s appearance in this show, Jessica’s far from being a damsel in distress. Ever since they announced the signing of former Doctor Who star David Tennant, there’s been a bit of an extra buzz around this show. DC may have DW’s Arthur Darvill as Rip Hunter in Legends of Tomorrow while Karen Gillan appeared in Marvel’s Guardians of the Galaxy, but Tennant is a casting coup and is bound to bring something special to the role of the villainous Doctor… Kilgrave. Hang on… That’s the Purple Man? Yes, the Purple Man may just be the next big thing and could become one of the coolest villains the MCU has seen so far. If anyone can make it work, it’s Tennant.

How much brand awareness is there with Marvel? Jessica Jones is a gamble, primarily because she’s such a little-known character, and her name doesn’t carry the sort of instant recognition like Spider-Man, The Incredible Hulk or even Iron Man does. But this isn’t the first gamble Marvel has taken, having recently delivered movies like Ant-Man and Guardians of the Galaxy. In fact, it seems like Marvel is enjoying taking risks and they seem to have the knack of pulling them off time and time again. Will the “normal” title of this show help it gain new fans outside of the genre, and can Marvel’s massive fanbase spread the word enough to make this a hit?

There was a lot riding on Daredevil to succeed, but it did so with style and grace. However, it’s also set a precedent of quality which the other Netflix shows have to deliver on. That’s a lot to expect from Jessica Jones, and critics will be ready to pounce on even the smallest flaws. Will it fall flat, live up to expectations or set an even higher standard? Signs are looking promising, with the storylines appearing to be just as intense and intriguing as its predecessor show. They’re clearly using the comic books as a template and thankfully actress Krysten Ritter read them too. We’ll see if it pays dividends. Of course, it shouldn’t be forgotten that this is the second stepping stone in a series and it’s all leading up to The Defenders. While it’s easy to say that Luke Cage, Iron Fist, The Defenders and even season 2 of Daredevil are a given, one wrong step from one show can reflect badly on the others. While the end result has to be greater than the sum of its parts, each part still has to be a self-contained adventure and impressive enough to make people want to continue with their journey. The show’s potential success isn’t being taken for granted, the people behind it know that it needs to hold its own, so what have they got in store to make that happen?

That being said, it’s does still need to be a part of something bigger. There were some sneaky moments in Daredevil that alluded to the bigger story going on – most notably Iron Fist and Elektra – and we know that Luke Cage will be debuting in this series. Jessica Jones is a character whose past overlaps with Daredevil and others, and she even dated Scott Lang/Ant-Man for a little while. The Marvel Cinematic Universe has become the most cohesive crossover series of films and shows around, with each piece fitting together like a jigsaw puzzle to reveal an intricate picture. How exactly will this piece fit in beyond The Defenders?

9) Luke Cage is one of the coolest and most woefully underrated characters in comic books, and it’ll be great to see finally him in action.

Even when he wore his disco suit in the old Heroes For Hire comics, he was someone who stood out as streetwise, savvy and a good man – despite what his criminal record said. While they’ll be updating him, that core essence of being a super-powered hero of the working class looks to be intact and will be a counter-balance to Jessica, hopefully inspiring her as well as helping her. Mike Colter looks to be the perfect casting choice and it’ll be a great lead-in for his own show. Agents of SHIELD enters its third season soon and has opened the MCU up in ways nobody imagined, already delivering on some Inhumans action and the evolution of the character of Quake. This coming season, it looks like they’re on the march to cover similar ground to the Nick Fury/Secret Warriors storyline from the comic books, laying major groundwork before the Captain America: Civil War film. But what’s that got to do with Jessica Jones?

While there’s no mention of any crossovers planned with the network show, Civil War is on the horizon and rumours have been flying about that we may catch a glimpse of some of the Netflix heroes tossed in the background of that film or that the events of it will be reflected on TV, because the Registration Act will be affecting them too. Since Jessica Jones, Luke Cage, Iron Fist and Daredevil all played big roles in the comic books, it’s possible they’ll follow suit with the TV shows.