10 Movies You Forgot You Loved 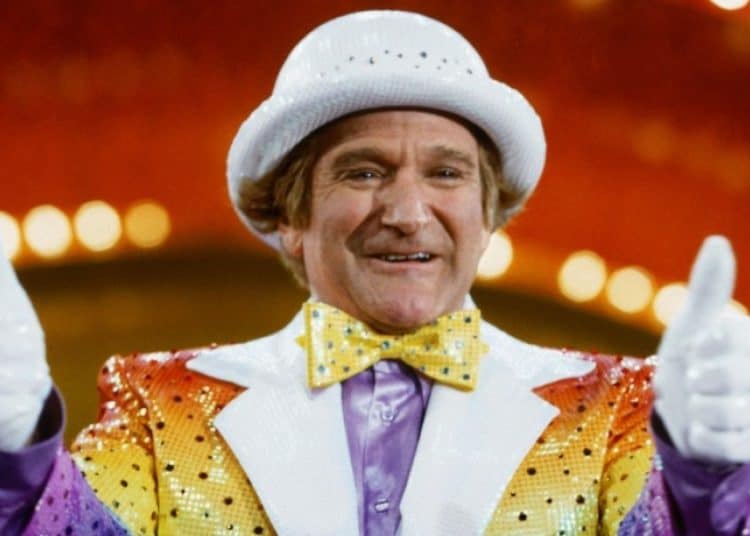 At least half a dozen great films are released each year. With such an ever-expanding catalog, it’s no surprise that some of our all-time favourite movies sometimes disappear without a trace – completely forgotten – until we find them years later in a list just like this one.

In this list, we’ll be looking at some of the movies that time forgot, in no particular order. While they could be hardly considered classics by the usual definition of the world, all of these films have devout fan bases to this day, that is, if they even remember they existed in the first place.

Back in the early 90s, there was hardly a bigger star than Macaulay Culkin. After the smashing success of Home Alone, the acting prodigy became one of the most sought-after young talents in the entertainment industry, making appearances in all sorts of family films and even psychological thrillers.

1994’s The Pagemaster is a hybrid live-action/animation film that centers around a cowardly boy who is transported to the world of classic literature, where he will have to face some of his biggest fears. It goes without saying that The Pagemaster didn’t live up to the hype that Home Alone had, but it remains a beloved flick for many kids who grew up in the 90s.

I can’t believe that most people have forgotten this movie.

Released the same year as Jurassic Park, We’re Back! A Dinosaur’s Story offered a more family-friendly alternative to sate the appetite for dinosaur flicks in the 90s. Well, as family-friendly as you can be considering this is a film where the main villain gets eaten in a rather sinister finale.

Starring the voices of John Goodman, Jay Leno, and a host of popular 90s comedians, We’re Back managed to become one of the most popular non-Disney animated films of the decade. Critics didn’t review the flick positively, but it still has a considerable cult following among animation enthusiasts.

Do you remember We’re Back! A Dinosaur’s Story or is it one of the many forgotten movies at the back of your mind?

It might have had a troubled production and also was a disastrous box-office bomb, but Something Wicked This Way Comes is an excellent dark fantasy flick that oozes with that characteristic eighties charm.

Despite its flaws, this adaptation of Ray Bradbury’s novel of the same name had everything going for it. Not only was the screenplay written by Bradbury himself, but the film also had a cast of revered stage actors. Since 2014, there had been rumours about a remake being in the works, but until that happens, you should definitely relive the amazing 1983 version.

Yet another work by Ray Bradbury, The Halloween Tree holds a special place in many 90s kids as “that cool Cartoon Network Halloween special.” An exploration of the origins of the October celebration, The Halloween Tree centres around a group of friends that must save the life of one of their peers by embarking on a journey through the roots of the Halloween festivities.

This animated special is also a precious piece for Star Trek fans, as the narrator of the story is none other than Leonard Nimoy – Mr. Spock himself.

How could I have forgotten this movie? It was one of my personal favourites as a kid.

A comedy/mystery film featuring an impressive ensemble cast, Murdered by Death is one of the greatest films of the genre ever made – and yet, barely anyone mentions it anymore. Again, sci-fi fans might recognize this movie as the one that Sir Alec Guinness was working on when he received the script for the first Star Wars film.

The movie plays on the conventions of the classic “whodunit” mysteries and other stereotypes: a concept that might reveal Murder by Death’s role as the main source of inspiration behind 2019’s Knives Out. This is also one of only a handful of films where the legendary Truman Capote has an acting role.

Die-hard Disney fans might still keep precious memories of 1986’s Flight of the Navigator. Released the same year as Short Circuit – another rarely discussed Disney classic – this film offers a nostalgic dive into the oddly fascinating world of 80s sci-fi flicks, and how utterly intriguing they could be.

Flight of the Navigator has it all: time travel, aliens, robots… pretty much everything a kid growing up in the eighties would love to see in a film. A reboot is currently in the works with Bryce Dallas Howard as the director and will reportedly be a Disney+ exclusive.

Few comedies are as undeservedly reviled as 2002’s Death to Smoochy. Sure, the movie hardly holds a candle to the rest of Robin Williams and Edward Norton’s careers, but this mostly inoffensive comedy about two warring kids TV hosts has more than a few laughs to offer.

The movie was a disastrous box-office failure that led to the demise of British production company FilmFour. In recent years, however, the internet has unearthed some of the film’s scenes and promptly discovered that it really wasn’t that bad after all. A bit too late for FilmFour, isn’t it?

Directed by Robert Zemeckis – who made some of the most iconic films of the eighties – Romancing the Stone is a thrilling adventure rom-com that barely gets the recognition it deserves. The movie centres around a novelist who, on a trip to Colombia, meets a charming mercenary that shows her his world of dangers and daring escapades.

The movie was both a critical and financial success. In 1985, The Jewel of the Nile, the film’s only sequel, was released. Despite its undeniable popularity, Romancing the Stone didn’t receive the same warm welcome as Indiana Jones, lacking the cultural impact that Indy had with his trilogy.

1997’s Mouse Hunt is the best way to bring classic cartoon slapstick to live-action, and that’s not even the main positive we can mention about this outrageously amusing comedy. The movie follows two brothers who inherit a huge mansion with one tiny problem: a crafty mouse that’s about to make their lives miserable.

Starring Nathan Lane and Lee Evans, Mouse Hunt was directed by Gore Verbinski, before he attained worldwide recognition thanks to the Pirates of the Caribbean franchise. It’s safe to say that some of the physical comedy found in Mouse Hunt might have inspired some of Jack Sparrow’s antics in the swashbuckling series.

The second film from the Coen Brothers, Raising Arizona features the same zany plot and colourful characters that would eventually become trademarks of the writer/director duo in the future of their careers.

Raising Arizona tells the story of a couple – made up of an ex-con and an ex-cop – who abducts a baby out of another family’s quintuplets. However, they soon discover that parenthood might be more difficult than they expected. The movie stars Nicolas Cage, in one of his first starring roles, alongside actress Holly Hunter.

Despite being one of the Coens’ earliest works, Raising Arizona rarely gets the same recognition as The Big Lebowski or No Country for Old Men. If you like crime/comedy films, or if you are a Nicolas Cage completionist, definitely give Raising Arizona a watch.

Have you forgotten any of the above movies?