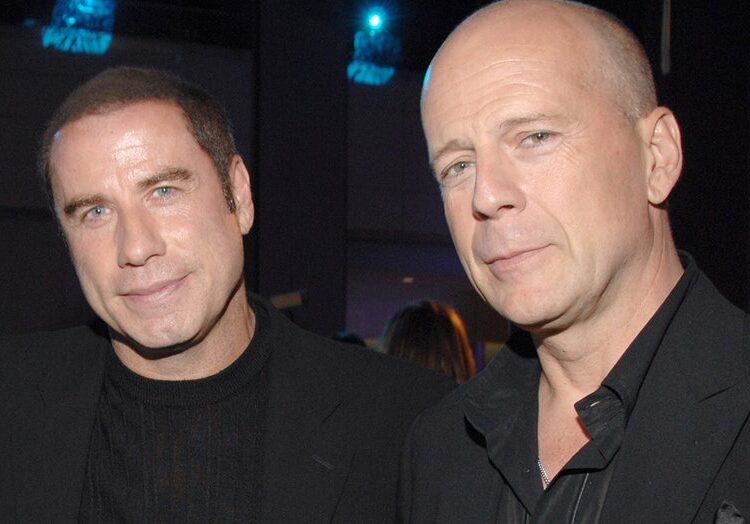 These ten actors are currently caught in limbo: they’re not precisely washed up, but their careers aren’t thriving either. They live under the shadows of their former successes — most of them being remembered for their glory days rather than recent hits. If you’ve ever wondered what happened to a certain actor, only to see them making a cameo on a low-budget Syfy flick, then you know their careers might be in trouble, and that’s exactly the sort of actors that we’ll see on this list. Here are 10 good actors who haven’t made a good movie in a very long time.

Described in his IMDb bio as an “unconventional hero,” John Cusack doesn’t fit the image most people have in mind when they think of a Hollywood action hero. In fact, he seems to have been made for dramatic roles — even if he so desperately chooses to strive to get away from what he’s great at.

Some of his most recent films have lacked the sort of dramatic finesse we’ve come to expect from a man who used to be in movies like Being John Malkovich. Disappointing “historical” flicks like The Raven opened the door to even worse movies to come through, culminating in the bafflingly terrible Pursuit, where Cusack barely makes an appearance.

Remember the old-school Al Pacino? How cool he was in The Godfather and how threatening he could be in movies like Serpico and Dog Day Afternoon? Well, the younger audiences might remember Pacino as the guy who sings a Dunkin’ Donuts jingle in an Adam Sandler flick, and we certainly can’t think of a more depressing fate.

The actor reached worldwide renown for his excellent mastery of violent drama films — after all, who doesn’t remember Tony Montana? Sadly, it seems like Pacino has chosen to stay on a relatively safe path as of late, only appearing in low-budget productions, or undeniably terrible ones, like Hangman or The Son of No One.

It seems hard to believe that an actor as promising as Michael Fassbender has rarely shown up in anything good these past few years. His earlier performances in Band of Brothers and Inglorious Basterds made it seem like we’d be seeing him in much bigger roles down the line — only for him to almost disappear from everyone’s radar.

It’s not that Fassbender has stopped making movies; it’s just that the ones he’s in are downright insufferable. The latest Alien movies have been divisive, to say the least, and so were the final entries in the last X-Men saga. It also goes without saying, but it’s easy to see that 2016’s Assassin’s Creed won’t be getting a sequel anytime soon.

I think we should mention that some of the actors on this list aren’t “good” due to their acting performances, but rather because of their cultural status as icons of pop culture. One such case is John Travolta: while the actor might have never been as skilled as someone like Daniel Day-Lewis, his popularity in the late seventies and throughout the eighties is undeniable.

After 1994’s Pulp Fiction, though, Travolta’s career has taken a nosedive. Some sporadic successes weren’t enough to hide the blunders, which led to movies like the incredibly awful The Fanatic being released.

Better known for his outstanding acting roles in movies like Radio and Men of Honor, Cuba Gooding Jr. used to belong to a select group of emerging Hollywood royalty throughout the 90s. At some point, however, his career lost some focus, leading to him starring in some movies of questionable quality in recent years.

Though the actor has tried to reignite his career with dramas like Life in a Year, its movies like Bayou Caviar that forced us to add him to this list.

For a time, it seemed like Miss Congeniality herself could do no wrong. Sandra Bullock was simply killing it during the 90s and the early 2000s, so I think no one could have predicted just how terrible her movies would get by the mid-2010s.

Though 2013’s Gravity wooed the critics, recent blunders like Bird Box and Our Brand Is Crisis have somewhat tarnished Bullock’s legacy. Fortunately for her, she seems to be doing much better as a producer rather than an actor.

For someone that starred in IMDb’s highest-rated film, Tim Robbins’ career certainly hasn’t had the impact it deserves. Not only was he the lead in The Shawshank Redemption — but the actor also appeared in some other classics like Jacob’s Ladder and Mystic River, with his performances always being a high point of every movie he’s been in.

That said, some recent films like Marjorie Prime have cast some doubts about the future of Robbins’ career. I’d say that the actor who starred in Shawshank Redemption is allowed two or three bad films, but it could also mean that it might be time for Robbins to think about retirement.

After starring in some truly sublime drama films, the acting career of Adrien Brody has been struggling to find a clear identity. No one could have predicted that the guy who was the lead actor in a critically-acclaimed war drama like The Pianist would also star in Predators — and yet, that’s what happened to Brody.

It seems like every time he tries to do an action flick, the results are disastrous, not just for his career, but also for everyone unlucky enough to watch one of his action films. Movies like Bullet Head and Clean have left Brody with a personality crisis — a situation that’s fortunately reversed every time he appears in a Wes Anderson film.

He might be one of the most controversial Hollywood figures, but there’s no denying that Mel Gibson knows his acting. The man starred in some of Hollywood’s best historical dramas, like Braveheart and The Patriot. For some reason, however, Gibson clings to his Lethal Weapon days the most these days.

The actor has starred in a slew of low-tier action flicks these past few years. Movies like Fatman and Force of Nature are baffling career choices, even for someone like Mel Gibson. He’s also rumoured to be reprising his role as Martin Riggs in an upcoming Lethal Weapon flick, though this one might take place inside a corrupt retirement home by the time it releases.

Charismatic, good-looking, and not a bad actor at all, Bruce Willis seems like a guy who has it all. After starring in the massive hit that was Die Hard, and also appearing in a series of successful blockbusters all through the 90s, it seemed like Willis could do no wrong.

For those who’ve had the misfortune of seeing one of Willis’ latest films, you’ll know that the actor has seemingly stopped caring all of a sudden. In the last two years, Willis has appeared in thirteen movies — all of them of less than questionable quality. There are even some movies that redefine what it means to be a bad movie, like the mesmerizing Reprisal. Apex is a masterclass in terrible filmmaking, and so are Out of Death, Deadlock, American Siege, Fortress, and Gasoline Alley.

Also worth mentioning is that the actor rarely appears in his own movies these days. Willis appears mostly in isolated shots, letting body doubles make most of the heavy lifting during action sequences or even dialogue scenes.

What other good actor is making bad movies? And don’t say Nicolas Cage.